Trafficking in Persons sees increase between 2018-2019 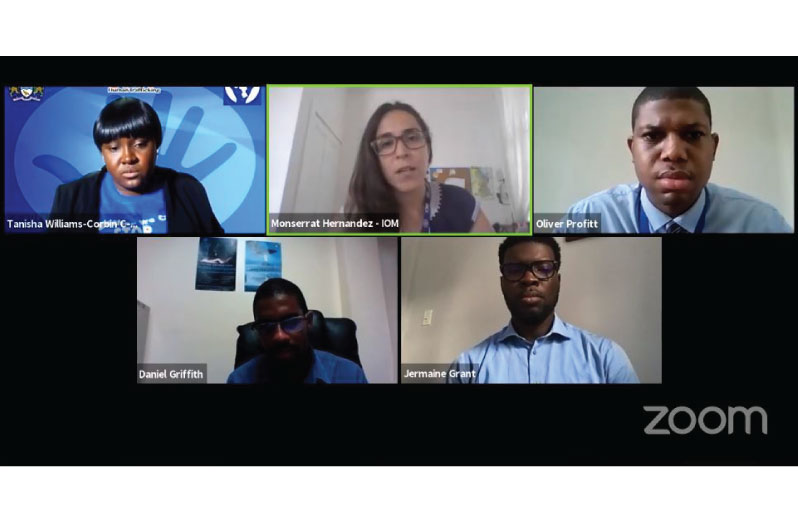 The number of migrants who are victims of Trafficking In Persons (TIP) has seen a marked increase between 2018-2019 and has been made worse by the ongoing COVID-19 pandemic.

Coordinator (ag) for the Ministerial Taskforce on Trafficking in Persons, Daniel Griffith disclosed that between 2014 to 2017, TIP cases in Guyana had fluctuated significantly.

According to the Coordinator, the increase was noticeable in 2018 due to the large influx of mostly Venezuelan migrants fleeing the economic situation in their country.

“In 2018, there were 32 cases reported with 245 victims of trafficking, which comprised of 162 Venezuelan nationals, 49 Cuban nationals, 10 Dominican Republic nationals and 21 Guyanese Nationals,” Griffith detailed.

Between January to June of 2020 there have been 19 reports and 45 of the victims were Venezuelans nationals.

Griffith said the statistics point to a growing trend of the mostly Venezuelan nationals being victims with 90 percent of them women below the age of 27 years.

Project Coordinator for the IOM (Guyana) Montserrat Hernandez pointed to the fact that the COVI-19 pandemic has exacerbated the situation for migrants.

“We have seen the situation aggravated in the last couple of months. Leaving them to resort to activities that put them at risk of human trafficking and gender-based violence,” she noted.

Hernandez also noted that the IOM is seeking to educate migrants on the danger of illegal crossings which makes them vulnerable to operators of TIP.

National Project Coordinator for the International Organisation for Migration (IOM), Oliver Profit in his presentation, disclosed that the IOM project has been providing necessary support to TIP victims.

One of the main components of the project is a direct assistance fund developed under this project. Additionally, the Ministry of Citizenship has facilitated ease of entry into the country for Venezuelan migrants as a possible preventive to illegal crossings at the borders

The IOM Project is a committee comprising several governmental and non-governmental organisations established to address the issue of Trafficking In Persons.

The panel discussion is among other activities being hosted by the Ministry of Social Protection leading up to the observance of World Day Against Trafficking in Persons (TIP), on Friday, July 31, 2020.