Lethem is to benefit from better roads, bridges and adequate electricity.

Chief Executive Officer, Hinterland Electrification Company Inc., Horace Williams told the Government Information Agency (GINA), that there are ongoing works to ensure that homes without electricity receive power. He explained that power has been supplied to the relatively new Culvert City Housing Scheme which will have over 600 house lots. “The procurement process to get materials to extend the network to the housing area for the occupied house lots has started,” James said.

The transfer of the new power station to the industrial site at Bon Success that started last year is still ongoing. The initiative which is being done to reduce noise pollution in the populated area will see the development of industries and factories. “We’ve had a preliminary design to construct the network within the industrial area to supply whoever is establishing facilities within the industrial centre,” Williams said.

Sections of the distribution network are being modified to facilitate improved generation from the new location. When the technical upgrades are completed, consumers will benefit from a more efficient demand cycle, Williams further explained. 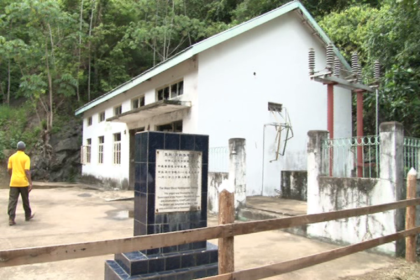 The Moco-Moco Hydropower Plant to be upgraded

To complement measures in place, the Moco-Moco hydro power plant will be upgraded thereby improving the supply of electricity to the region. “We’re actively pursuing that. Recently, we’ve invited proposals for the redevelopment…so the main reason for upgrading the Moco-Moco is to facilitate the transfer of power from the Moco-Moco hydro-plant when developed, to the grid in Lethem,” the Williams noted.

Investments are also being made to use renewable energy sources to supply communities that are too far from the electricity grid. These include the use of solar energy panels.

Plans are being made to answer the need of established road networks.

Regional Chairman of Region Nine, Brian Allicocck, notes that better roads will mean greater interconnectivity among the Region Nine communities and the opening up of opportunities for personal and community development.

“Having road networks will provide farmers with the necessary infrastructure needed to transport produce to the market… It would be easier access, they’re looking at what they have to market to bring the markets closer with other markets such as Brazil,” Allicock explained. 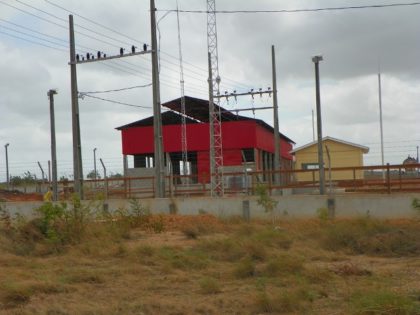 The new power station at the industrial site at Bon Success, Lethem

In this regard, Coordinator, Work Services Group, Ministry of Public Infrastructure, Geoffrey Vaughn, said that a series of rehabilitation works will soon commence along sections of the Linden to Lethem access road. Key bridges along the route will also be constructed or rehabilitated.

The rehabilitation works will result in easier access to Lethem and other hinterland communities and also serve as a cheaper mode of transportation to the region. “We will have to do a lot of leveling of the road and also grading and shaping so those are what will be done. In terms of the bridges we will be replacing some of the stringers and decking, where we have to do wing walls we’ll be doing wing walls,” Vaughn added.