Travel on Guyana’s borders has been suspended, according to the Ministry of Foreign Affairs.

Via a media release issued on Friday afternoon, the ministry stated that measures have been implemented, in this regard.”

The ministry advised that this is as a consequence of the pandemic caused by the Coronavirus (COVID-19).

“The Governments of Brazil, Suriname and Venezuela have closed their ports of entry and exit,” the release stated. Adding that Guyana has implemented similar measures.

It was also stated that the Ferry service between Guyana and Suriname was suspended with effect from March 14 and from March 21 all seaports were closed to international vessels. 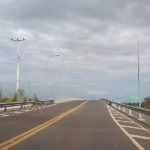 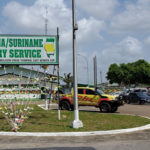 Citizens are therefore being advised not to attempt to cross into the neighbouring countries of Brazil, Suriname and Venezuela.

“The Ministry of Foreign Affairs wishes to stress that travelling to and from the countries with which Guyana shares its borders has been suspended until further notice and citizens are advised not to attempt to cross into these countries,” the advisory stated.

Guyanese and members of the general public are urged to heed this advisory and to cooperate with the country’s national institutions in the global effort to safeguard the health and wellbeing of persons at this challenging time not only for Guyana but for the international community as a whole.