The University of Guyana today commissioned a new office building for its Facilities and Maintenance Division. The construction of the building was financed by the Ministry of Education at a cost of $26M.

To mark the historic occasion, Minister of Education, Hon. Nicolette Henry said that re-building Guyana’s education facilities and infrastructure is a priority for the Government of Guyana, supported with tangible increased finance to achieve this essential goal.

She said that as part of the learning experience it is imperative to provide safe, structurally sound, modern facilities for staff and students to reach their full potential.

She added that maintenance has long been flagged as a sore point in our country’s development. However, with this new building, Minister Henry expressed her strong belief that the quality of service provided by the University to its students and staff will improve to make the working and studying environment more comfortable and accommodating.

Minister Henry said that the University’s administration must be commended for their continuous upgrade initiatives, evident with the completion of this building. According to the Education Minister, the new building is one of many enhancement projects at the Turkeyen campus that the Ministry of Education and other stakeholders have embarked upon to achieve the mandate of “Quality Education for All”. 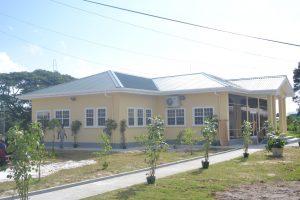 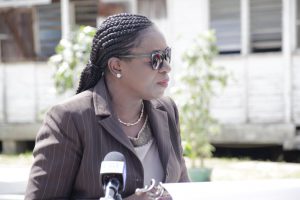 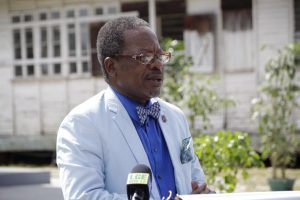 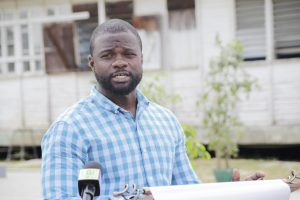 Head of the Facilities and Maintenance Division, Mr. Bjorn Williams 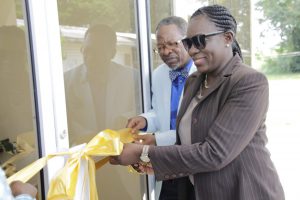 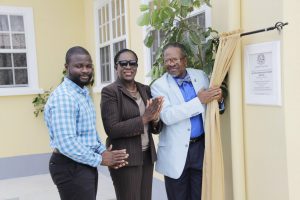 According to Registrar of the University, Mr. Nigel Gravesande the Facilities and Maintenance Division has been in operation for more than four decades. He said that it began on the Turkeyen Campus as part of the Bursary Department under the supervision of the Bursary and to date, it is still seen as an important part of the Bursary.

He added that the department has grown over the years to meet the maintenance needs and challenges at both the Turkeyen and Tain campuses.

Mr. Gravesande added that in recent times the facilities at the Institutes of Distance and Continuing Education in Essequibo, Georgetown, New Amsterdam and Linden have expanded the demand of services in areas of carpentry, electrical, plumbing, mechanical, estates, grounds, transport, custodial and buildings.

The Registrar added that although the Government of Guyana through the Ministry of Education funded the construction of the building, the University also contributed $3.2 million.

Vice-Chancellor of the University, Professor Ivelaw Griffith during his remarks said that recently he met with cleaners at UG and reminded them that they are more important than they appreciate.

He said that when he had joined UG in 2016 having value for education and economics, it didn’t take long to realise that it was not fair for maintenance staff to be asked to ensure the working conditions of students and other staff were taken care of but their working environment was left wanting.

As such, he said that the decision was made along with former Head of the Maintenance Division Mr. Danny Kudoo to have a new building for the maintenance staff. The Vice-Chancellor said that today’s commissioning is another milestone in the renaissance journey as the university’s administration seeks to boost its capital.

According to the current Head of the Maintenance Division, Mr. Bjorn Williams, the new maintenance building is a product of a vision that was birthed two years ago with Mr. Kudoo. He said that since being at the helm of the division he has come to realise that there were a number of issues to be addressed.

He acknowledged that the new infrastructure will transcend into a new approach to work and renewed relationships with other departments of the university.

A long-serving maintenance staff, Mr. Wong, said that today was a history-making day. He commended the university’s administration and the Government of Guyana for facilitating the construction of the building and committed to working assiduously to make UG a better place for the current and next generation of staff and students to come.

Meanwhile, Secretary of the Students’ Society, Ms. Devita Ramroop said that the University did not possess most of the developments that exist today. She expressed her elation that there is a new building to house the maintenance division. She said, “We know that the building will contribute to the efficient and smooth running of the division and the University.”

Civil Engineer for the University of Guyana, Mr. Javid Samad explained that the contract for the construction of the building was awarded to M and P Investments. He said that construction began in December 2017 and concluded in June 2018. He reported that the structure provides 2700 square feet of space and will be used by approximately 100 staff.