A hydropower project for Region Seven is one of the major proposals being made by the Upper-Mazaruni councillors for inclusion in the 2017 National Budget. The disclosure was by Regional Chairman, Gordon Bradford.

The proposal that is being made by the councillors is in keeping with government’s plan of creating a green economy. Bartica located in the region received township earlier this year and is leading the way as a model green town.

President David Granger in October 2015 announced a five -point plan towards creating the green economy. The plan includes the promotion of the sustainable exploitation of the country’s natural resources. 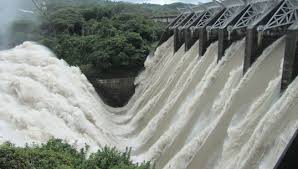 Photo of a hydropower plant

Bradford, during an interview with the Government Information Agency (GINA), noted that the aim of the project is to improve the standard of living for residents in Upper- Mazaruni as it will benefit several communities.

“A hydro project we feel would supply Paruima and maybe even Kamarang and Waramadong with electricity and so once we get that on board, that is really going to boost development,” the chairman cited.

Further, the chairman pointed out that once the hydropower project comes on board, it would not only be beneficial in providing electricity, but also additional spin-off benefits. Bradford explained that one of the spinoffs include agro-processing.

“In Paruima and other villages, the land is very fertile and so the agricultural output is enormous and the potential is enormous,” the chairman stated.

Additionally, $200M has already been secured by government for the setting up a hydropower facility in Moco Moco, Region Nine which will come on stream shorty.

The facility will not only improve the living standards of the residents, but also provide hundreds of jobs. Construction of the hydropower project is expected to commence by the end of 2016.