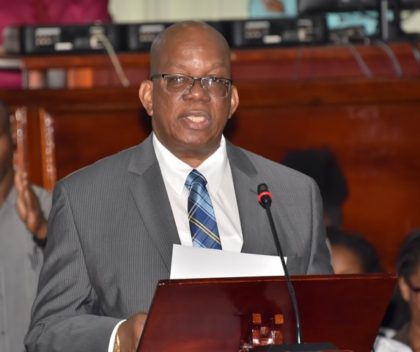 Delivering his third Budget, Minister of Finance Winston Jordan today, announced a series of new plans aimed at continuing the Government’s quest to ensure a good life for all Guyanese.

The Minister delivered Budget 2017, totalling $250B to the National Assembly under the theme “Building a diversified economy and bringing a better life for all Guyanese.”

Support of the Elderly

Both increases are to take effect from January 1, 2016.