Guyanese can look forward to spectacular performances from artistes at home and abroad as this year’s virtual 54th Independence flag raising and cultural showcase.

The programme will be aired on the National Communications Network (NCN) Channel 11, on May 25, at 22:30 hours.

Speaking with the DPI, Programme Coordinator Andrew Tyndall explained: “We, along with our cultural ambassadors and representatives from the creative industry prepared a programme that we hope will remind Guyanese of our resilience as a people to help us during this period.” 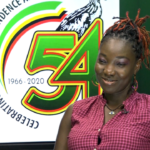 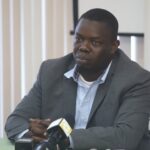 “It is going to be a virtual concert with a local and international flair and so we want to encourage all Guyanese to tune into Channel 11 on NCN, the NCN social media page and the Guyana Republic Jubilee Facebook and the Guyana Mashramani Instagram page. We will be streaming live on all these platforms starting tonight at 22:30hours,” Tyndall added.

The programme also includes a flag-raising ceremony which will directly follow the concert and then the Independence message from His Excellency President David Granger.

Additionally, Tyndall disclosed that the Department of Culture Youth and Sport will also be hosting another virtual Independence concert featuring all local performers on May 26. He invited persons to tune in to NCN Channel 11 at 10:00hours, for two hours of non-stop entertainment

Melissa “Vanilla” Roberts, one of the performers told DPI that viewers tuning in will not be disappointed.

“All of my songs are patriotic and so you can look forward to the usual energy. Make sure you are representing Guyana and everyone should have a Guyanese flag. I will be mixing up some songs because it is about fun since we are celebrating,” she said.

Meanwhile, 2020 592 Soca Monarch Jomo “Rubber Waist” Primo thanked the department and the various stakeholders for hosting the programme to lift the spirits of Guyanese at the time.

“I am personally happy about this concert and even though we have to do it under these circumstances, I will be visualizing thousands of Guyanese jumping and waving.”