− “I feel there is a new consciousness arising in Guyana, a consciousness that is coming from bottom up, which is good for Guyana”

− “It is time to stop looking at party and focus on community development” – Mrs. Nagamootoo

Prime Minister Moses Nagamootoo, who is performing the duties of president, and his wife, Mrs. Sita Nagamootoo today cast their ballots for the Local Government Elections (LGE) at the National Aquatic Centre, Liliendaal.

Speaking with the Department of Public Information (DPI), immediately after, Prime Minister Nagamootoo, urged persons to vote, noting that it is a civic duty and a right that should not be taken lightly. 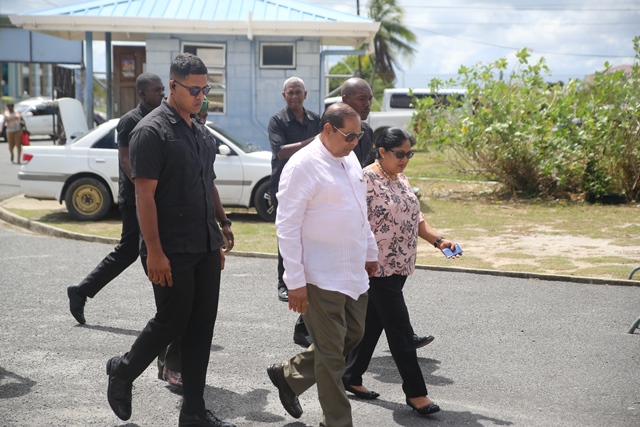 Prime Minister Moses Nagamootoo and his wife, Mrs. Sita Nagamootoo arriving at the National Aquatic Centre to cast their ballots for LGE. 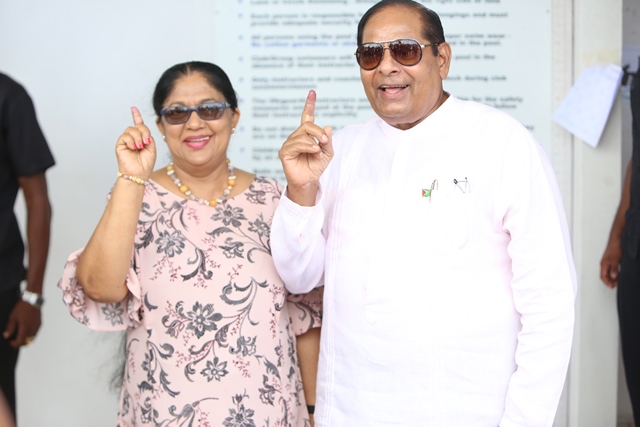 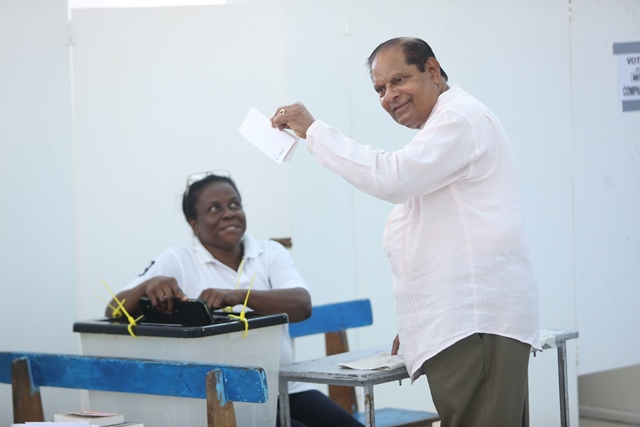 Prime Minister Moses Nagamootoo just before he cast his ballot .

He added it’s each citizens’ right to choose their own area representatives. More importantly, the prime minister reiterated that government views local democracy as important to the national good.

Mrs. Nagamootoo also encouraged citizens to come out and exercise their democratic right and vote to elect the persons they feel can best serve their communities.

She believes persons must move away from voting based on party, but vote for competent persons who can ensure their interests and those of their villages are addressed effectively.

“Previously, I think there was this pattern of having the same person all the time, over and over because of party… but people should be more educated, they should be more alert-minded as to what is going on and not think about the party, but think about community,” Mrs. Nagamootoo urged.

Prime Minister Nagamootoo noted too that there have been reports of picketing by Opposition agents and intimidation in the Whim/Bloomfield area, Region Six, which he anticipates the Guyana Elections Commission (GECOM) will address.

Public Relations Officer of GECOM, Yolanda Ward said she has not received any reports as yet but assured that the commission will look into the matter. She said police officers are at the various polling stations, 1, 676 in total, and should be able to address matters as they arise.