Georgetown, Guyana – (June 18, 2018) The island of Wakenaam, Essequibo Islands- West Demerara (Region Three) is returning to normalcy after experiencing flooding early yesterday due to high tides and a breach in the sea defence at Melville and Sans Souci.  Already, the water has receded from the land and remedial works have commenced in the area to prevent another occurrence.

Head of the Civil Defence Commission (CDC) Lieutenant Kester Craig, who was on the island to conduct an assessment and deliver cleaning supplies to the 49 affected households, said that the highest tide was at 17:30hrs this evening and checks in the affected communities have indicated that the remedial works have been effective so far. There were no breaches or overtopping.

He however noted that the CDC was able to provide supplies to the affected families to aid in their clean-up efforts while the Neighbourhood Democratic Council (NDC) and the Regional Democratic Council (RDC) will be conducting further checks in the coming days to assess the exact damage per household. 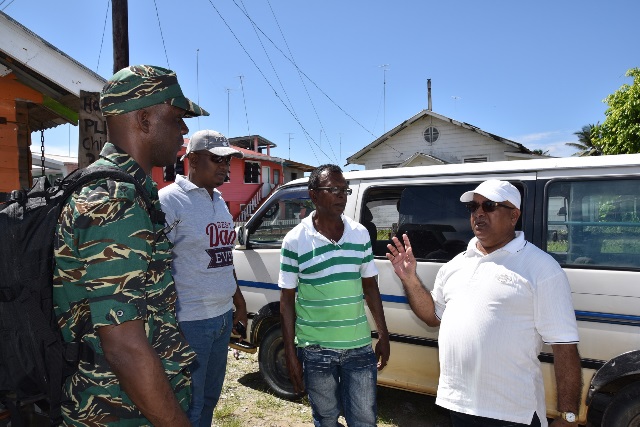 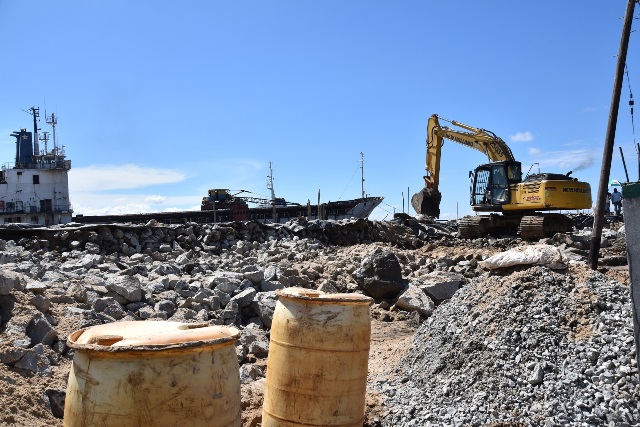 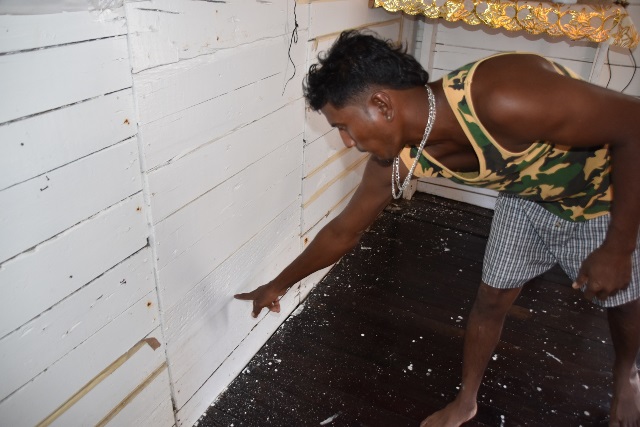 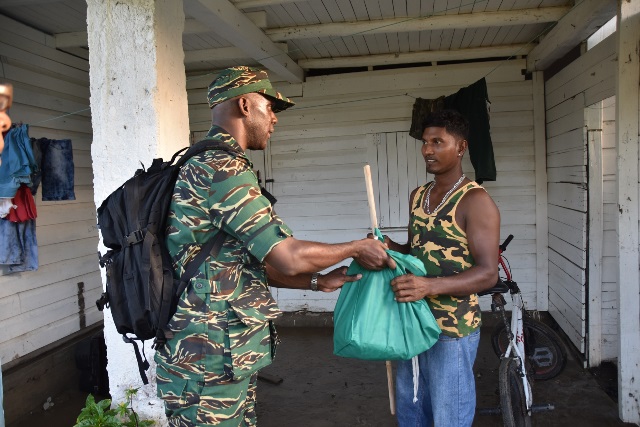 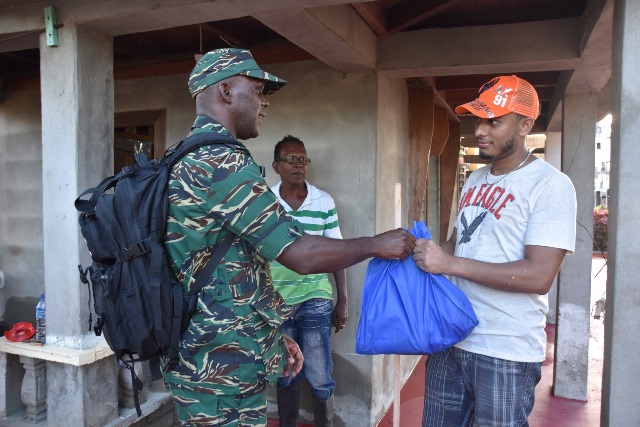 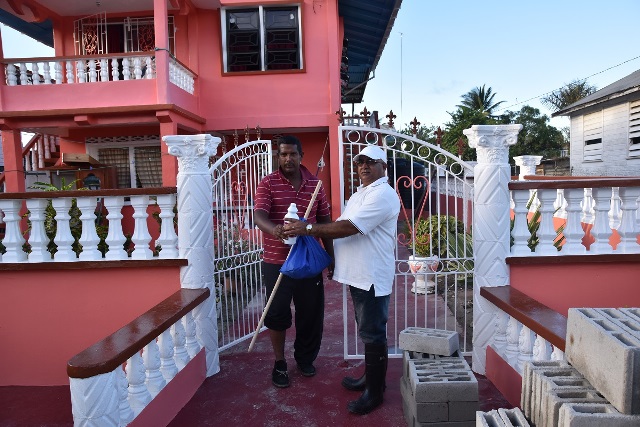 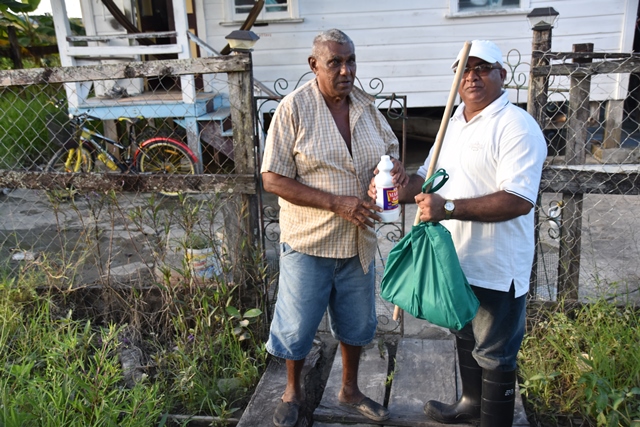 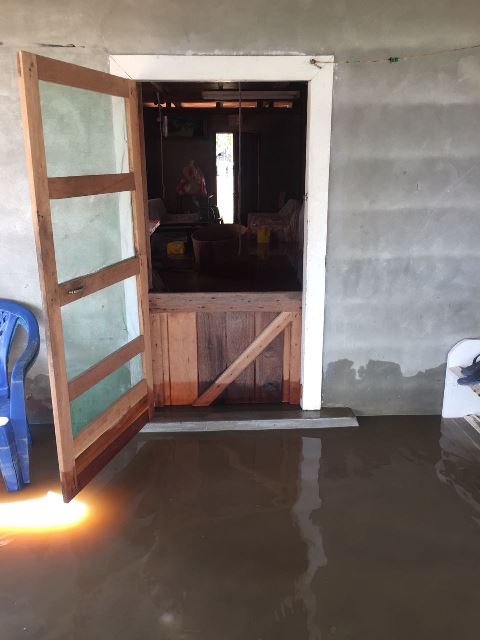 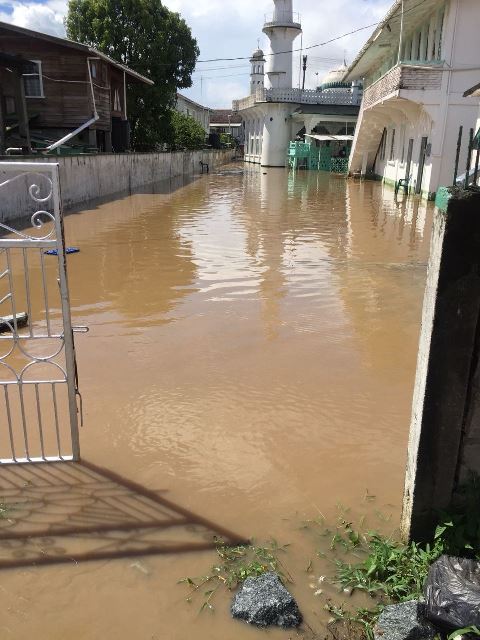 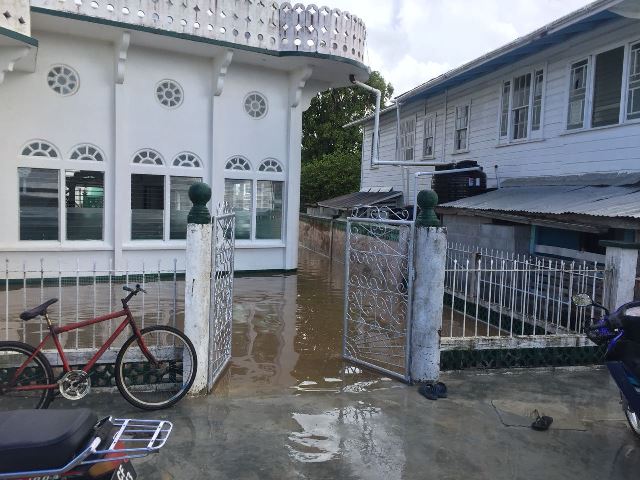 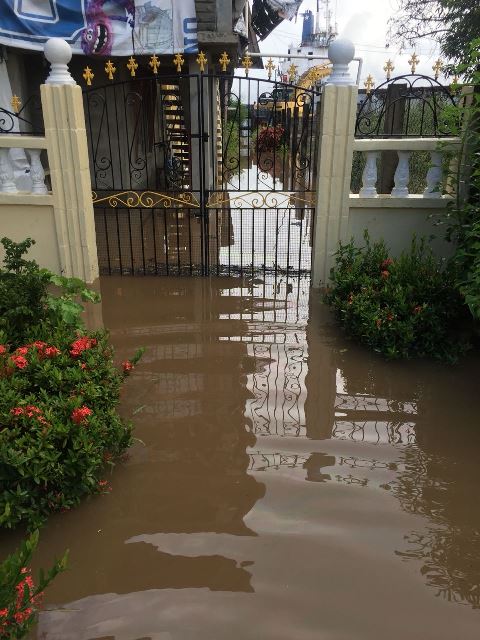 Colonel Craig said that the rapid response by the regional administration was due to the Regional Multi-Hazard Preparedness and Response Plan, which the CDC had helped the region to formulate. The RDC was able to activate its Disaster Risk Management Committee and actively respond to the affected areas. As such, the CDC was only tasked with dispatching supplies and offering guidance. This is the first time that the CDC has been able to respond, conduct assessments and provide supplies in the same day.

The Director General said that this supports the Commission’s mission of formulating Regional Multi-Hazard Preparedness and Response Plans and putting Disaster Risk Management Committees in place in all of the regions.

“The Civil Defence Commission is extremely pleased with the work of the RDC. They have mobilised and this is why the Regional Multi-Hazard Preparedness and Response Plan is important. CDC is just here to lend support to the region and respond to the situation. We have provided the necessary cleaning and hygiene supplies,” he said.

Regional Executive Officer, Mr. Denis Jaikaran said that the Region responded as soon as it received reports from the residents and informed all other national stakeholders for a proactive approach to be taken.

According to the REO, works were being conducted on the sea defence in the area but the contractor did not follow established protocols. As such, he noted that when the high tides came, the sea defence was breached and flooding occurred. Mr. Jaikaran said that the Region will now be looking to work with the central Government and the Ministry of Public Infrastructure to ensure that stricter measures are put in place to deal with contracts and public works.

“We are looking at the situation and monitoring the situation. We are with the people of Wakenaam and we believe that we would have to think about bringing some order and semblance to contracted works and contractors,” he said.

He noted that while the water has receded, the NDC and Regional Councillors will be conducting on the ground assessments in the area to see how best the affected persons can be compensated for their losses. According to the REO, it is the intention to approach the contractor, who he said was negligent, for compensation to the residents.

Sheik Ahmad, Chairman of the NDC, who also agreed that the flooding was mainly due to the negligence of the contractor, said that the water was three feet high in some homes. While 49 homes were affected in total, Mr. Ahmad said that 12 were severely affected and suffered losses.

The CDC along with the Regional administration will continue to monitor the situation.