XX Guyana/Brazil Military Intelligence Exchange is under way in Georgetown

The conference also underscores the importance that both nations place on improving military co-operation with each other, as well as continued friendship between the two armies.

The Guyana Defence Force and the Brazilian Armed Forces have enjoyed a fruitful relationship over the years, particularly in the area of training. The Regional Military Exchange is held annually and the host country is rotated. 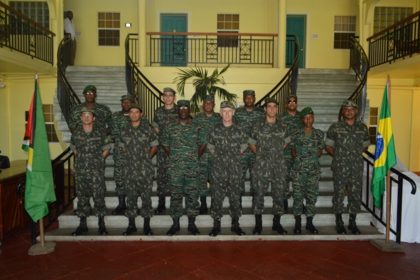 The Brazilian and Guyanese delegations. 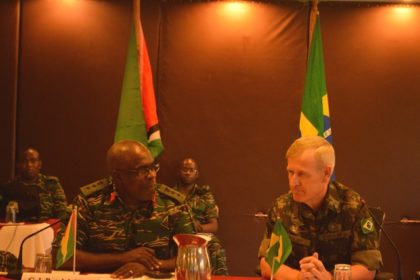