“You can’t cross the floor” – SC Boston to CCJ Judges

─ “loyalty must be to the party of which your name was extracted from, it is the norm”

─ day two of hearings continue at the CCJ on the Consolidated Appeals of the Dec. 21, 2018 vote

Senior Counsel, Neil Boston today told the Caribbean Court of Justice (CCJ) that Article 156 of the Guyana Constitution says “if you intend to go against your list, you must inform the list representative and the Speaker of the National Assembly”.

“If this is the spirit and intention of the constitution, that you can’t vote against your list without sending a letter to the list representative or the speaker of the National Assembly, then the court is duty bound to give effect to that spirit to the constitution… It is the spirit of that section that you can’t cross the floor,” SC Boston argued. 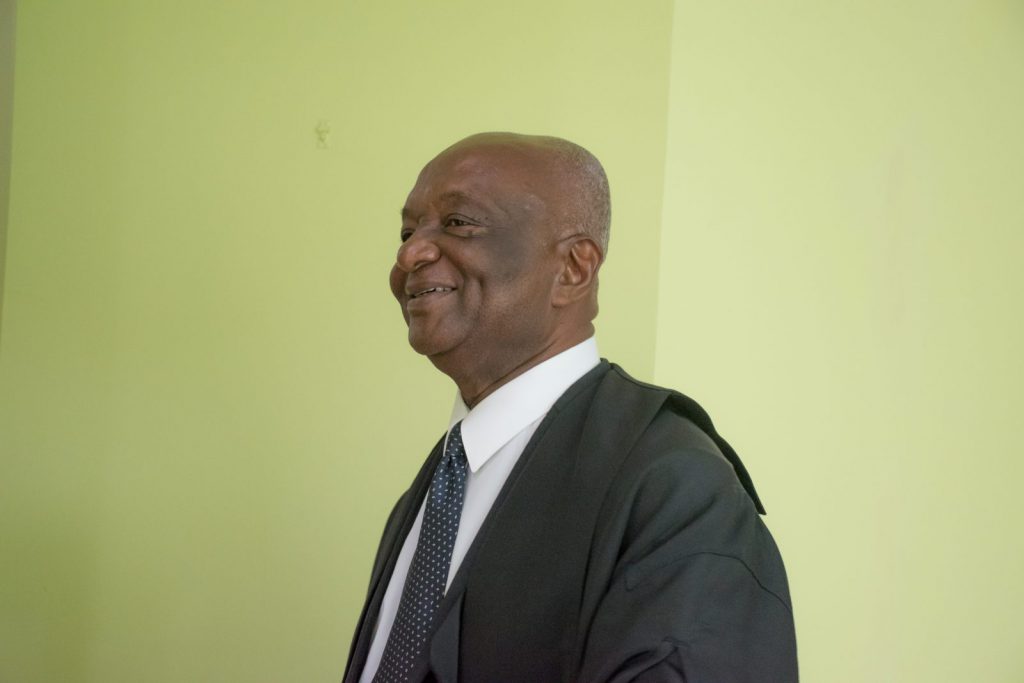 Speaking on day two of the hearings at the CCJ on the consolidated appeals on the December 21, 2018 vote, SC. Boston argued the decision of Guyana’s Court of Appeal should be maintained on the ground that former Member of Parliament, Charrandass Persaud could not vote against the list, without first informing the Parliament of his intention to do so. Therefore, having failed to inform the Parliament of his intention to vote in accordance with his list, Persaud’s December 21 vote is invalid and makes the subsequent effects of that vote null and void. SC Boston represents Compton Herbert Reid at the CCJ.

“Mr. Charandass has no constituency, he was put there as a front for the APNU+AFC list and he has to carry out the mandate and the dictates of the list,” SC Boston argued.

He pointed out that in as much as there is no provision in the constitution supporting this claim, “loyalty to the party your name was extracted from is the norm being based on shared beliefs.” He added, “to vote against your list is disloyalty and smacks of conspiracy.”

Further, SC Boston contended that “it is an obligation of the court, having construed the purpose and intention of the constitution that the whole idea is to prevent a member from voting against the list, then the court is dutybound to give effect to that.”