May 21, 2019 Department of Social Cohesion, Government, Ministry of the Presidency, News

Five thousand young people from across Guyana will be participating in the country’s 53rd Independence anniversary observance.

According to Director of Culture, Tamika Boatswain, on Independence Day, Sunday, May 26, beginning at 10:00hrs at D’Urban Park there will be the Flag Raising and Youth Rally. “There is the Cultural Programme and the parade, within the cultural programme we also have the kata – a kind of athletic karate type performance and this performance will also see youths raising the flag for the first time.”

Apart from the activities on May 26, Guyanese can also be part of several other activities planned. These include National songs, poetry and storytelling at the Umana on Tuesday, May 21 starting at 19:00hrs.

Jahbulani Softley spoke with DPI expressing his excitement to be part of the march of Independence Day.

Youths being thought to raise the National Flag by members of the Guyana Defence Force.

“You have a lot of songs, folk singing, music, jazz, classical instrumental music, you have choirs performing, and it’s one that brings nostalgia to that old independent Guyana… that love for country.”

In addition, there will the highly anticipated Art and Craft Market on May 22-23 at Main Street. The event is open to all Guyanese who are willing to participate. However, Boatswain is urging persons to showcase more hand made products and unique items that may represent Guyana.

As much as sixty small businesses can participate in this event, showcasing locally made craft items made of wood, precious metals, seeds, textile, straw, leather and artwork.

Closer to the big day, for the second year, the Flag Concert will be held at the Stabroek Market Square on Friday, May 24, at 22:00hrs.

Coordinator of the Independence activities, Andrew Tyndall noted that this is an excellent opportunity for Guyanese to come out and enjoy the performances of local talent. There will be performances by top Guyanese artistes such as Brandon Harding, Kwasi Ace, Jumo Primo, Saiku and others.

The public is urged to participate in all of the activities planned to celebrate Guyana’s 53rd Independence Anniversary.

The Department of Public Information (DPI) visited D’Urban Park today where rehearsals were underway for the big day. 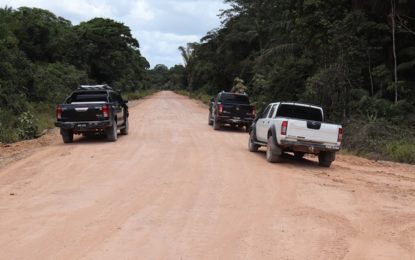 Women’s empowerment – a key feature of the...