Ten calypsonians advanced to the final leg of the Banks Calypso Monarch 2019 after they competed in the semis before a lively crowd at the Number 53 Sports Complex in Union Village, East Berbice, Corentyne Saturday night

The contestants had the audience begging for more even after the curtains came down a little after 1am.

Being held for the first time in the East Berbice/Corentyne area, many fans braved the earlier intermittent showers and showed up with their entire families for a packed night of clean entertainment. Minister of Social Cohesion, Dr.George Norton also graced the occasion and stayed through to the end as he was seen tapping his feet to the performances. 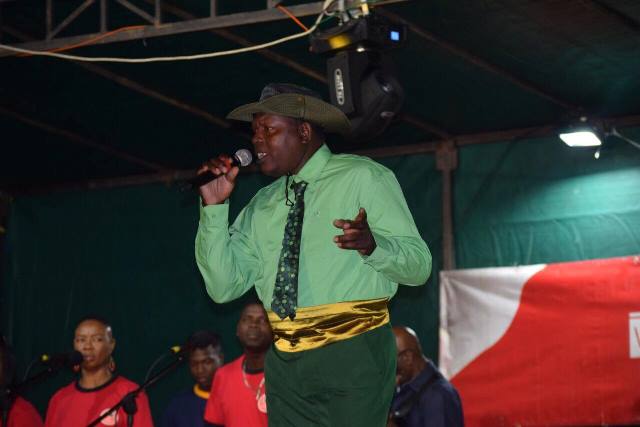 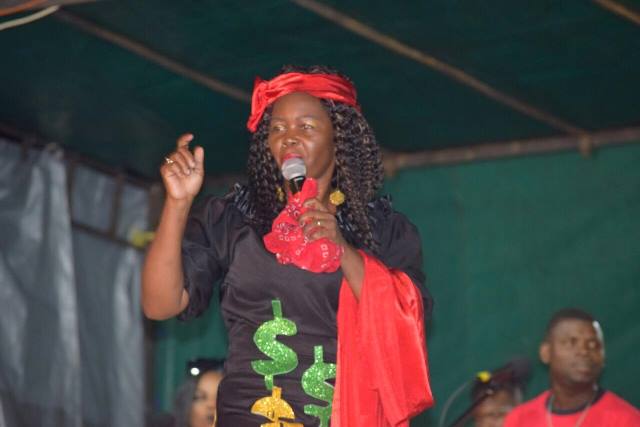 In true calypso style, many were rolling with laughter, nodding their heads in agreement on the social issues and showcasing their patriotic side all while rocking and dancing to the beat.

In between performances, the MC, Malcolm Ferreira, kept up the tempo with his witty comments and audience interaction ensuring there was never a dull moment.

Ten performers short-listed following the stiff competition among its competitors.

Rudolph “Sweet Kendendo” Kendall who belted out ‘Guyana Nice’, dressed in A white suit with a T-Shirt that read “Guyana Nice’.

Cromwell Mentis, The Mighty Voltage’s’ piece titled “Mixturise the land”, was another of the crowd’s favourite. His piece began with a brief skit that highlighted the ills and everyday situations some Guyanese encounter due to their ethnicity.

Ingrid Harris, a school teacher from Region One, who goes by the name ‘Lady Devotee’ also used actors in her performance titled “Me Horrific Story” which dealt with domestic violence.

Dawn “Lady D” Edwards with her piece titled “Ask them judges”; Samantha Grant with “Black Gold”; Abigail James “Copyright law”; and Diana Chapman “The Killing of another woman” were the other female contestants that will join Lady Devotee and the reigning Monarch, Onikha Joseph at the finals on February 15 at the National Park.

Another veteran, Roger “Young Bill Rogers” Hinds, who appeared as the ghost of past President Dr. Cheddi Jagan in his politically inspired piece “No Third Turn” had the entire ground on their feet singing to his chorus.

Kenroy “The Mighty Believer” Fraser in his rendition “Guyana must be a paradise” invoked the patriotic feeling as the audience waved the Golden Arrowhead throughout his performance.

Among the high energy performers that did not get the judges’ nod were Kwasi “Ace” Edmondson’s “That don’t mek sense” and Daria Thompson’s “Unscrupulous Landlord”. Some of the patrons felt that Edmonson’s performance and piece should have earned him a place among the finalists. The other person going through to the finals is the junior calypso Monarch, Jamal Stuart who contested in the senior category with a satirical piece called “Miss May old car engine’’. Stuart’s performance was without a doubt the crowd’s favourite for the entire evening. Taking to the stage decked in a blue mechanic overall with a gas can in his hand, the young man got the crowd singing to his chorus. His performance was such that even after the results were announced patrons were calling for him to take to the stage to perform again.