A total of 14 yachts from across the world defied the odds of sailing from the Caribbean to South America in the face of severe challenges while at sea. These yachts are currently docked in the Essequibo River, close to Region Seven, Guyana.

The Nereid’s Yacht rally 2016 is being hosted by the Ministry of Business, Department of Tourism and the Guyana Tourism Authority (GTA) and the yachts are docked in proximity to the Hurakabra Resort River. 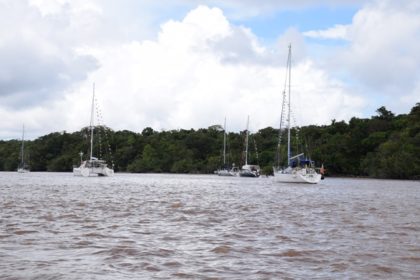 The yachts journeyed from Trinidad and Tobago to Guyana’s waters during a two to four- day period at a time which is considered to be hurricane season in the region.

Yachtsmen from the United Kingdom, Germany, Sweden, Canada and France are participants in the rally. Rally organiser, David Matelicani was enthusiastic about being a part of this year’s rally. Matelicani said that he has been involved in the rally from day one and hopes to be in every one thereafter. 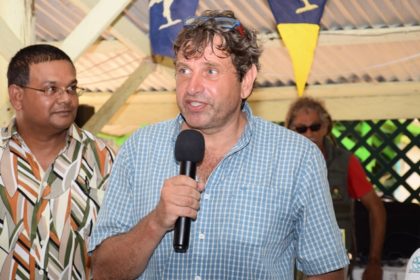 Matelicani explained, “…there was a bit of a myth behind sailing south of Trinidad and Tobago; people often believe it was too difficult, too hard, the currents were against them, the winds were against them, but I thought why not come up with a ‘myth logical’ thinking to combat a myth.”

When asked about the main objective of the rally, Matelicani said, “Well the Nereid’s rally is all about promoting the destinations, encouraging sailors to come and visit the region in the hope of kick -starting the development for yachting tourism.”

Minister of Business, Dominic Gaskin addressing the yachtsmen said, “On behalf of the Government of Guyana I am proud and honoured and delighted to welcome this fourth Nereid’s yacht rally to our country, to our continent and to the Guianas.”

Minister Gaskin pointed out that the yacht rally is another way of exploiting the use of Guyana’s waters as a major means of transport.

One yachtsman, Joachim Willner who is on the voyage with his wife from Germany told the Government Information Agency (GINA), “We left two years and decided to sail through the hurricane season to Guyana and French Guiana, and so far everything has been good, the wind couldn’t have been better but its beautiful, while along the river we heard some very noisome creatures but everything seems pretty good with us.” 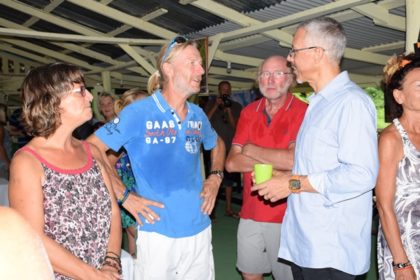 Generally, persons taking part in the Nereid’s Yacht rally are retirees and persons interested in touring the world by sea. The youngest sailor from France is 26 years old.

The first hosting of the Nereid’s Yacht rally in Guyana was in 2013 where 25 yachts sailed into the Essequibo River.

Kit and Gem Nascimento proprietors of the Hurakabra resort, and the first facilitators of the yachtsmen, consider their participation in the yacht rally to be a labour of patriotism. The biggest contribution to this event will be a first time ever ‘reggae on the river’ concert on September 17, 2016.

The yachtsmen will be in Guyana until September 22, visiting different historic sites in Georgetown and others such as the Kaieteur, Orinduik and Marshall Falls. The next destination for the rallying contingent is French Guiana where the rally usually ends. However, other sailors tend to move on to Brazil and Suriname to view those countries’ scenery.