—as Day 6 of national recount progress

Nineteen ballot boxes were completed at 13:00 hours today – day six of the recount of the March 2, 2020, General and Regional Elections. 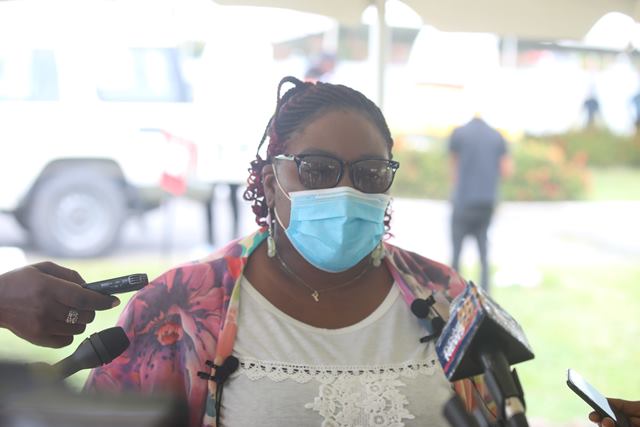 “We had an uneventful morning; we have had a very smooth process. As the days progress the issues, we have come from the work stations have been reduced significantly with the clarifications are being provided by the commission,” Ward explained.

Nevertheless, she highlighted that the commission held a meeting with representatives from some of the smaller parties who had requested a meeting to discuss some matters they wish addressed.

Ward said the parties requested that the commission design a methodology to ensure the same information is filtered down to all the staff member at the respective work stations so everyone will be guided accordingly and will be in compliance with those decisions.

Another issue raised was the duration of the process. The PRO noted that the commission is scheduled to meet to tomorrow review the 25-day timeline when a decision will be made whether to accelerate the process to meet the timeline or extend the period.

Ward announced that at the end of the tabulation exercise of each region, a declaration will be prepared and the results will replace the existing one. These tabulations will be the final results of the March 02, 2020, General and Regional Elections.

As of yesterday, 208 ballot boxes were completed. The tabulation of some 190 Statements of Recount (SOR) for the General Elections and 180 for Regional was also completed.