─ unpriced bill of quantities to be published for Agri sector

The Ministry of Agriculture has signed six major contracts valued some $525.3 million to purchase 17 pieces of much-needed equipment to enhance its drainage and irrigation works capacity.

Inked on Tuesday at the Ministry’s boardroom, the contracts will cater for the procurement of two new long reach hydraulic excavators for the East Demerara Water Conservancy. 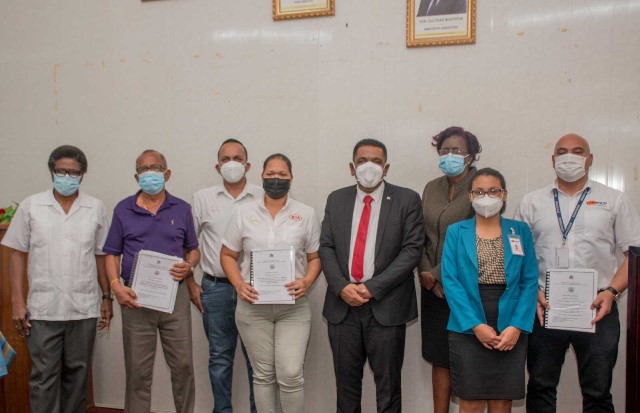 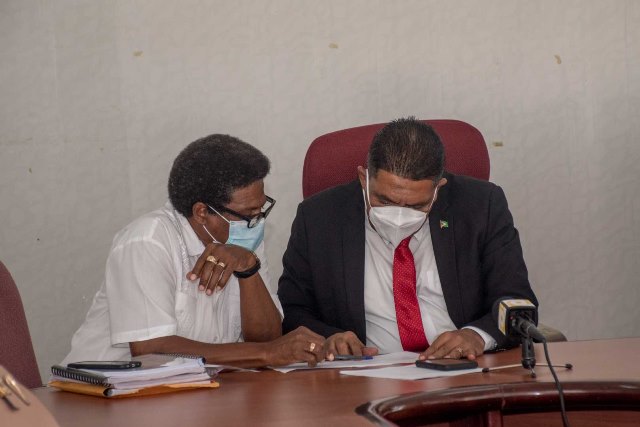 Speaking at the signing ceremony, Minister of Agriculture Hon. Zulfikar Mustapha said the equipment would have a significant impact on the agriculture sector.

Communities countrywide stand to benefit from the use of the mini-excavators for drainage works. The bulldozers will play a critical role in the preparation of dams, particularly for rice crops.

Meanwhile, to encourage accountability, Minister Mustapha said all unpriced bill of quantities would be published within communities where contractual works are to be executed.

He said this is in response to residents’ concerns that contractors have short-changed communities by providing substandard work.

The Minister contended that contractors must comply with the specifications outlined by the Ministry’s engineers.

“I want to empower the beneficiaries. They will not stop contracts. They will not go and give any order to the contractor. What they will just do is help us to monitor the scope of works to ensure that we have quality work and we have value for our money.”

While underscoring the need for a better partnership between contractors and Government, the Minister said action would be taken against delinquent contractors.

Additionally, Minister Mustapha reiterated Government’s commitment to the continued growth of the Agri-sector through initiatives that will attract local, regional and international investors.

The contractors were encouraged to deliver the agricultural equipment within the 14-week deadline for each contract.

Farm Supplies Limited, Guyana Tractor and Equipment and Rudisa Motor Company Guyana Inc. are the contractors responsible for delivering the 17 pieces of equipment.

Earlier in December, Minister Mustapha and NDIA’s Chief Executive Officer, Mr. Fredrick Flatts said the equipment was part of a strategy to mitigate flooding during the rainy season.