The record-breaking feat of nine games without loss almost did not happen after the Amazon Warriors started out the blocks against Tallawahs on shaky ground last evening at the Guyana National Stadium.

Leading off against bottom-of-the-table Jamaica Tallawahs, the Guyana Amazon Warriors pushed on to maintain their unbeaten record in the 2019 Caribbean Premier League  (CPL) maintaining their unprecedented record. The record-breaking feat can be credited to an all-round performance by the warriors who have been solidifying well from the start of the tournament. 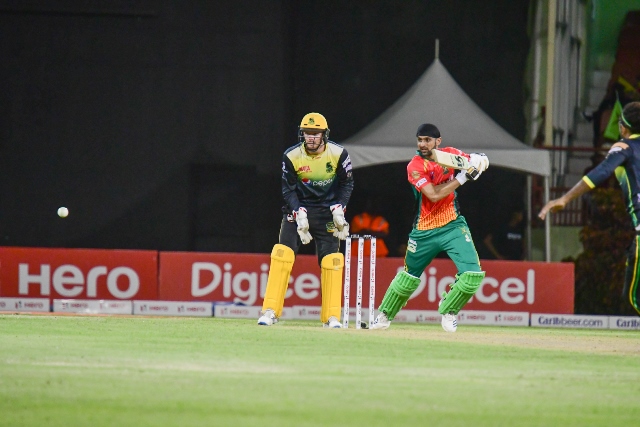 Shoaib Malik guiding the ball for a boundary during his unbeaten 73 runs score me. 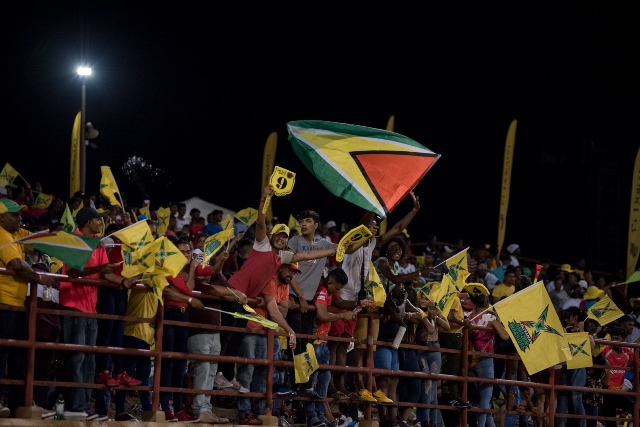 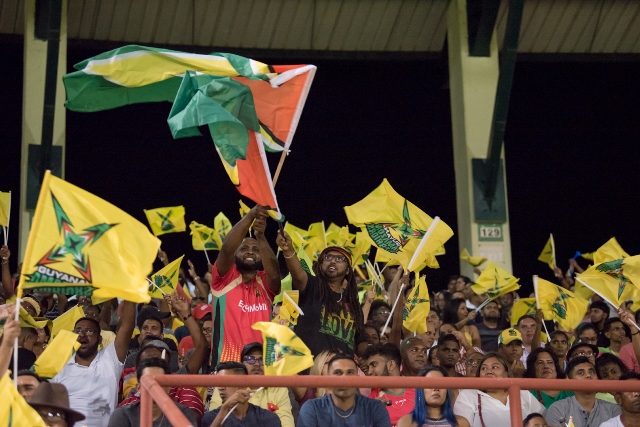 Electing to bat first, the Warriors lost four early wickets in the first two overs. Brandon King and Shimron Hetmyer lost their wickets in the very first over.  Chanderpaul Hemraj and marque player Nicholas Pooran followed the very next over putting the warriors in hot water and staring down the barrel of their first defeat of the tournament with four wickets down and only eight runs on the scorecard.

However, it was Captain of the Warriors, Shoaib Malik and Sherfane Rutherford who stood their ground and built a strong partnership that pumped life into the Warriors innings. They had a resounding 82-run partnership before Rutherford departed in the 13th over for 45 runs.

Nevertheless, Malik continued to play classy cricket alongside all-rounder Kemo Paul that saw the home side put up a sizeable total on the board. Malik made an unbeaten 73 runs off 45 balls while Paul chipped in with 18 runs at the backend.

With a total of 156 posted, the Tallawahs were sure they were on the verge of ending the Warriors winning streak. However, their hopes were cut short via a vicious spin attack displayed by the Warrior’s bowlers.

Chris Green picked up the crucial wicket of Christopher Gayle in the very first ball of the Tallawahs innings immediately mounting pressure on their opponents. The Warriors turned the heat up, with Imran Tahir picking up the wicket of Chadwick Walton in the fourth over.

Tahir continued his magic with the ball trapping  Griffith lbw, turning the heat up for visiting team. Things only got worse as Qais Ahmad captured Dwayne Smith via caught and bowled with a superb delivery that choked the hard-hitting batsman. Ahmad continued his brilliance with the very next ball hitting the stumps of Imran Khan making it 67-6 at the end of 14 overs.

Kemo Paul did not make any easier for the Tallawahs after seam bowling was finally introduced in the 15th over. He picked up the wickets of Liton Das and Derval Green in his very first over of the innings. That saw the Tallawahs at 70-8 at the end of over 15.

Steven Jacobs was the third unfortunate victim of Tahir’s mystery spin attack edging the visiting side to an inevitable defeat. Captain Malik after putting on a magnificent show with the bat, sealed the match in the 17th over picking up the wicket of Zahir Khan.

The all-round performance by the Warriors restricted the Tallawahs to under 80 runs in their runs chase, being bowled out for 79 runs and handed the Warriors a 77 runs victory.