The Prime Minister, who walked through the two communities, also met with residents to listen to their concerns and to encourage them to follow the COVID-19 guidelines and to get vaccinated.

He said that his Government understands the harsh effects the pandemic has had on households and is working to bring relief to all Guyanese, particularly, those in need.

“The whole idea is to reach out to poor people who we know, because of COVID-19, are enduring some difficulties in earning money and acquiring foodstuff for their families”.

It is the second time that the Prime Minister has visited the Kingston community on such an exercise. During September last year he had distributed over 100 hampers in that community.

Resident of Kingston, Joseph Hamilton, said that he was absent on the first occasion but that he is pleased to see the Prime Minister return to the community.

“The last time they shared I wasn’t at home to get it, so I’m very happy to see them come again and I’m thankful to have received today”.

Another Community Leader and resident of Kingston, Tracy Bobb, said that she was pleased by the Government’s approach.

“I’m very much thankful for the Prime Minister to come and do a door-to-door distribution of hampers and to meet everyone and attempt to satisfy their needs. He also listened to everyone’s complaints and we appreciate that”.

Resident of James Street Albouystown, Anchinalu Cannings said that the residents of her community were also pleased by the Government’s timely intervention.

“Today we’re thankful for the assistance that we are receiving from the Government, there are many people who are here to accept it and they are very pleased by it”.

Prime Minister Phillips leads the National COVID-19 Task Force and has taken a hands-on approach in the fight against COVD-19 since his assumption of duty.

In addition to the distribution of hampers and coordinating enforcement activities, he has also engaged in several public awareness activities, where he encouraged persons to adhere to the COVID-19 measures while distributing thousands of masks. 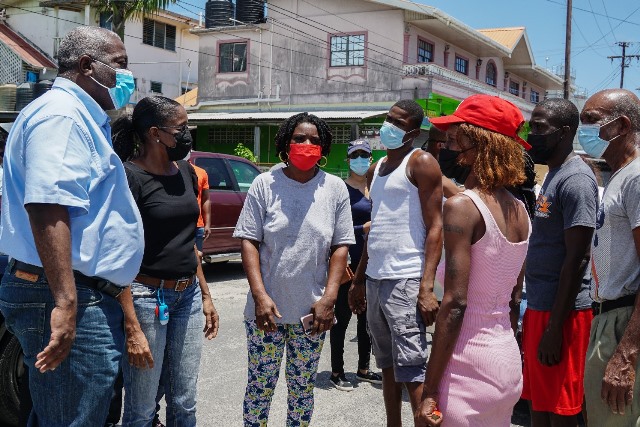 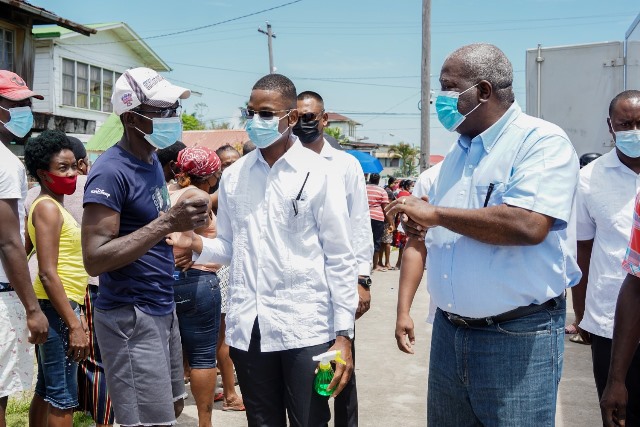