– Urges Government and Regional officials to remain grounded to the people

His Excellency Dr. Mohamed  Irfaan Ali has urged the nation’s public servants to hold their roles in high esteem and to maintain a positive attitude in service to the people.

The Head of State gave this charge yesterday at the close of the Presidential Outreach in Vryman’s Erven, Region Six (East Berbice- Corentyne).

”To the young staff I want to tell you something, opportunities like these are sometimes rare, but it is on rare occasions that you have to shine above the crowd. I was 31 years old sitting in a room with managers from the CDB and Guyana and because of one thing in my mind, a positive attitude, I was identified as someone with potential and I have seen this time and time again. I say this to encourage you to always demonstrate a positive attitude to public service. You may not like an individual, but you are in a job that requires public service, and who knows the impact your attitude, the way you operate, can have.”

The President emphasised too that Public Service cannot be aloof, but rather grounded to the communities and to the people.

“There has to be a serious connection to the ground and although many issues were raised in particular agencies, you gain strength out of that. It tells you and gives you the opportunity to see where we have weaknesses in the system, where we can strengthen and how we can strengthen and what needs to be strengthened. That is why I think at the regional level this action, the Rapid Response Committee has to work.”

In setting the example, President Ali said too that it is the Government’s aim to “dismantle the layered type of government” and to create a ” matrix organisation” which would allow officials to sit around the table and resolve problems together. 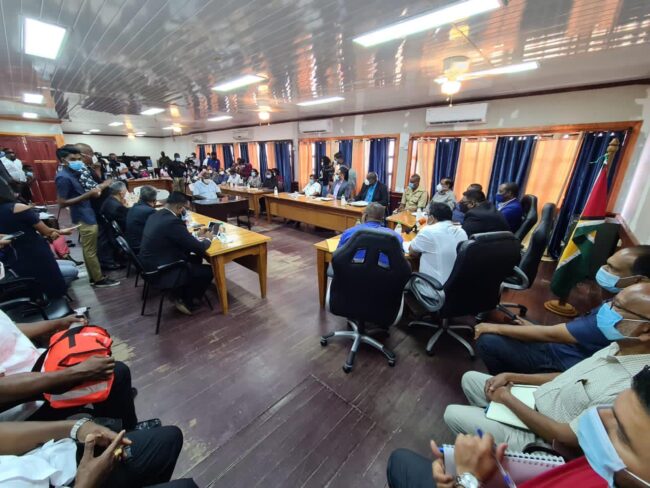 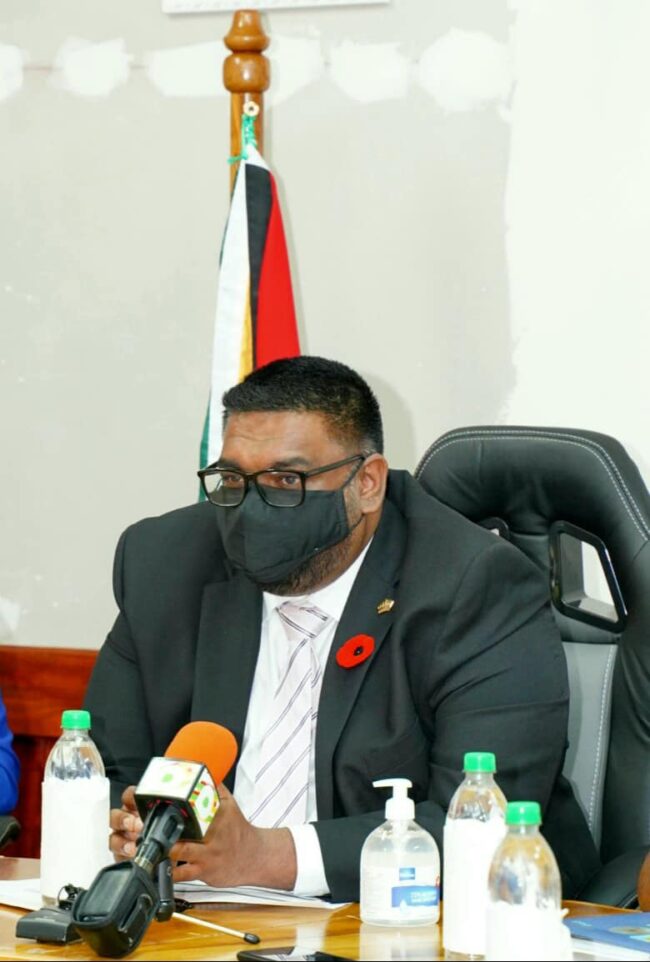 In this regard, he pointed to the importance of the structure of yesterday’s exercise and the potential impact it will have on the lives of the beneficiaries and the participants.

“When you build relationships like these in the Public Service, it breaks down barriers of communication, it breaks down the bureaucracy and when we break down the bureaucracy and the barriers to communication, we build trust and confidence and we can better serve the people…health, utility services all sitting at the same table. It is an important exercise. I want to urge all of you here to build relationships, to talk to each other and if you do that most of the matters at the community and grass roots level will be resolved.”

The President conveyed gratitude on behalf of his Cabinet for the commitment demonstrated by the participants and representatives from the various organisations and agencies.

President Ali assured all that there will be more such exercises as the Government moves forward in a spirit of collaboration and connection to the people.

The exercise was also aimed at reducing the cost of doing business and will see the collaboration among various agencies to address concerns at the community level.

Scores of residents were given the opportunity to raise their issues with the high-level team during the outreach exercise.

The President personally addressed the concerns raised, which ranged from access to electricity, water, land allocation and drainage issues among other areas. Participants in the Presidential Outreach included government officials, representatives from the Office of the President, the Ministry of Housing and Water, the Central Housing and Planning Authority, the Ministry of Foreign Affairs and International Cooperation, the Ministry of Health, Guyana Power and Light (GPL), National Insurance Scheme (NIS), National Drainage and Irrigation Authority (NDIA), the Guyana Police Force among and Regional Officials among others.