Just over ten months after being established, the Aranaputa/Upper Burro Burro Neighbourhood Democratic Council (NDC) in the North Rupununi has achieved much in terms of reaching out to villagers.

On November 12, 2018, the new NDC village participated in the Local Government Elections (LGE) where APNU candidates emerged winners at the three constituencies. 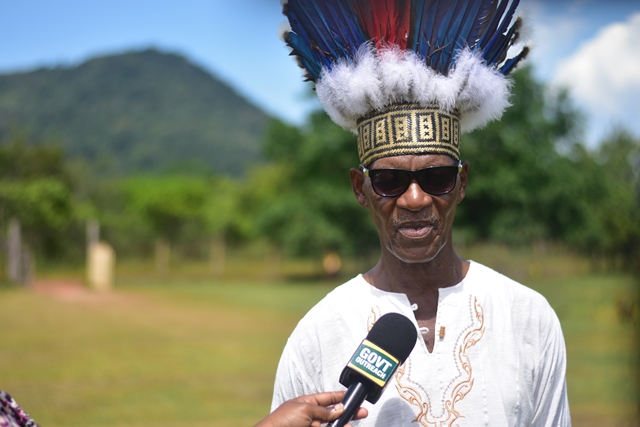 Virgil Harding, Chairman of the Aranaputa/Upper Burro Burro NDC, said though just under a year in existence, the council has worked to ensure that the village “experienced tremendous progress” in different areas.

Firstly, the NDC sought to harness the youth population through sport. In this regard, young people have been encouraged to utilise a playground which has been newly fenced. This ground is the venue for regular community games such as football and cricket. It is expected that floodlights will be installed to facilitate night games.

In addition to this, the Chairman said, “with the $5M subvention we received from the government, we have implemented a farm to market road, we are creating a children’s play park with a monument to salute our status and we are also building a bus stop which is very important to our villagers and also preparing a place for our NDC’s administration.”

The new NDC Chairman emphasised that the responsibility of the council is to take charge of the well-being and livelihood of the residents. Therefore, systems have been implemented for school children and the elderly to benefit from free transportation provided by the NDC.

“For our school children, their parents were finding it difficult to find finances at the end of the week to pay for the children to go to school. We can now subscribe to our children’s education by taking them to school free of cost …”

Harding added: “We also provide the elderly with free transportation when it is time for them to uplift their old-age pension at the beginning of the month or if they are going for a medical check-up, if they have to go shopping we put them in groups and we take them there free of cost.”

The NDC controlled village is known primarily for its main agriculture activity which is peanut farming. This is supported through interventions such as free ploughing and preparation of farmlands especially for senior citizens who are involved in farming.

Chairman Harding noted, after the village was presented with two John Deere tractors, “we were able to plough and prepare the areas for farming at a very cheap cost, almost one-third of the usual price.” Before, large sums of money would have been expended to hire machinery to do the necessary work for farming.

After the Local Government Elections in 2018, Harding committed to fulfilling “big plans” of developing the village.

The Aranaputa/Upper Burro Burro Village in North Rupununi, Region 9 (Upper Takutu-Upper Essequibo) is the newest NDC created under the Coalition.