─ 100 meters of road selected for sample application of asphalt

─ official commencement of paving set for May 27

Residents of Lethem, Region 9 (Upper Takutu-Upper Essequibo), are in high spirits and have heaped praise on the administration for newly paved roads in the hinterland community.

On Monday, pictures of a paved Main Road in Lethem were circulated on social media network – Facebook, with many of its users welcoming the long-awaited change from the usual red loom, dry and dusty atmosphere in Lethem. 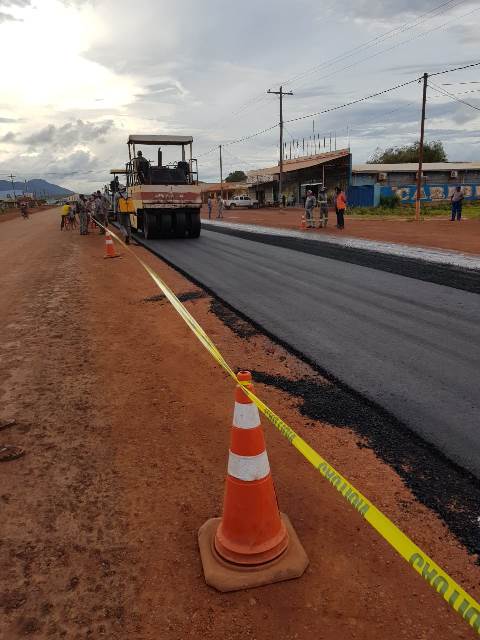 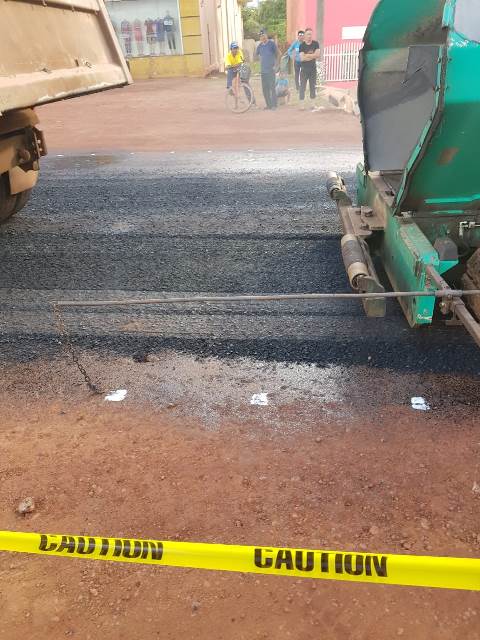 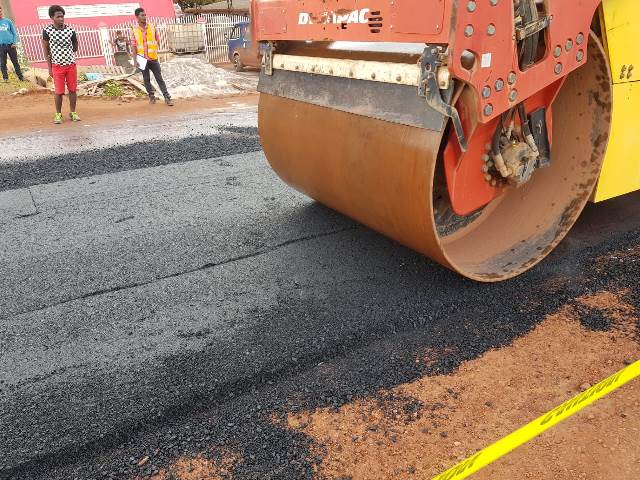 The comments were many; one person commented “way to go”, thanking everyone including past and present mayors of Region 9 and the Ministry of Public Infrastructure for making it all possible.

Another person heralded the new development as history made in Lethem while yet another described it as “great progress”.

However, while the pictures told no lie, the exercise was, in fact, the testing of the 100 metres of road selected as a sample for application of asphalt. Based on the result, the Ministry of Public Infrastructure, would refine the asphalt and officially begin paving Monday, May 27, 2019.

The contract for paving of the Lethem road was awarded to contractor JR Ranch Incorporated.

Earlier on Tuesday, the Department of Public Information (DPI), spoke with Christopher Chung and Rickey Lalldeo, two bus drivers who frequent the Lethem/Georgetown route, about the already paved 100 metres of road.

Chung said: “It’s very dusty here in Lethem, we have waited a long time for this”. Meanwhile, fellow driver, Lalldeo stated “the dust killing you… it is much better now than it was before”.

Minister of Public Infrastructure, David Patterson has reiterated, through a statement from his ministry, that he was pleased to continuously construct and rehabilitate the road networks within the hinterland, “to provide faster and smoother linkage to the coastal regions”,