The Audit Office of Guyana is now better equipped financially to build capacity and enhance its operations. The last of four Technical Cooperation Agreements, which will continue to support the modernisation and strengthening of the Audit Office was closed on Thursday morning at the Marriott Hotel, Kingston. 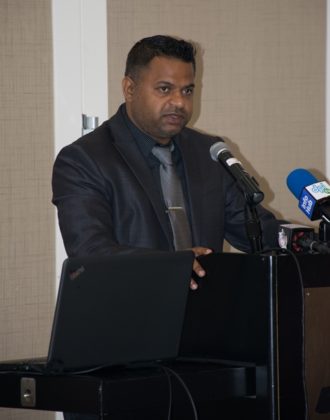 The Inter-American Development Bank and government funded agreement was approved in December 2014 and commenced in 2015. IDB contributed approximately US $2M towards the agreement and government US $145,000.

Deodat Indar, President, Georgetown Chamber of Commerce and Industry explained that the Audit Office values the use of tax payers’ money and under the agreement the Office will develop more capacity to perform complex audit investigations including performance and forensic audits.

The Georgetown Chamber of Commerce, President highlighted that there are some compliance issues with the audit reports and therefore called on auditors to use a risk-based method when conducting financial audits especially forensic audits.

“Risk based auditing is nothing new it has been around forever. In high risk areas the process is simple using historical events, occurrences and sources of risks. This then goes through the process of risk assessment and evaluation and then you have your audit action which is your plan to audit,” Indar explained.

IDB has been supporting the Audit Office since the first phase 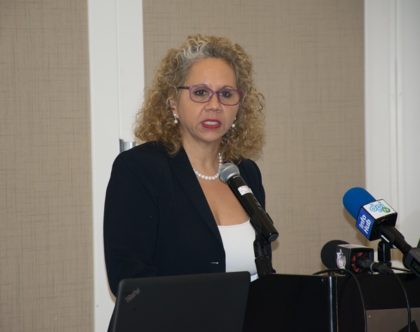 commenced in 2004. Sophie Makonnen, IDB Representative, said institutional capacity for the public sector is one of the priorities that will ensure the economic development of Guyana.

She indicated that after consultations both IDB and the audit office agreed that there was a need to further enhance the audit office in the processes of auditing and the need to institutionalise best practices, knowledge and skills for sustainable operations and to raise the institutions’ visibility to ensure collaboration with the stakeholders.

Makonnen underlined that “in response to the need to improve efficiency the project introduced the use of applied information technology for audit processes with special emphasis on reducing document retrieval time and eliminating of short paper which is important and is in line with a green state.” 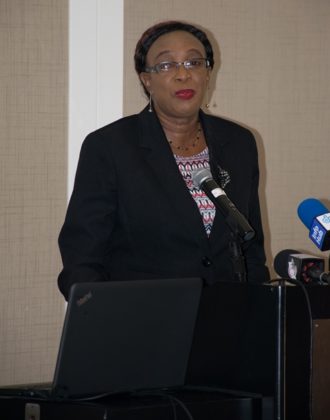 Approximately two thirds (US$328,000) of the project sum was utilised on capacity building and for the implementation of the TeamMate Audit Management Software which allows for the standardisation of working papers among others.

Jennifer Chapman, Accountant General said the Ministry of Finance is very supportive of such initiative which will assist in the reduction of global climate change.

Chapman also noted the importance of the collaboration between the Public Accounts Committee, Audit Office and the Ministry of Finance to promote transparency and greater public accountability in Guyana.

“Realising and maintaining public trust must be approached holistically, as the threads of integrity, transparency and accountability unite to uphold all public administration and ultimately government rules,” the Accountant General stated.