The Wapishana tribe in Region Nine has embarked on a pilot programme to develop quality bilingual education for primary school students. This programme is collaborative effort between the Ministry of Education, the Ministry of Indigenous Peoples’ Affairs and the Toshaos of Deep South Rupununi. 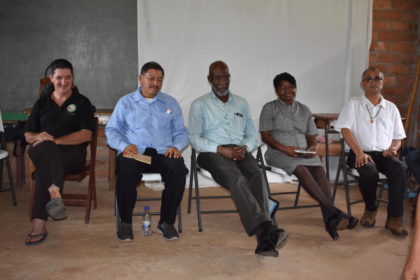 The programme will ensure that students with little fluency in English are taught in both their native language and English. It is also aimed at preserving the Indigenous culture.

Recently, a team from the Ministry of Indigenous Peoples’ Affairs led by Minister Sydney Allicock and the Ministry of Education Technical Facilitator, Vincent Alexander, attended the conclusion of an orientation process aimed at determining innovative for teaching of language, mathematics and sciences.

Among those who participated in orientation , which was facilitated the Jesuits in St. Ignatius, were community members, Deputy Toshaos, Wapishana language and culture experts, artists and practicing school teachers.

During brief remarks, Minister Allicock spoke of the importance of education, and the need to ensure that core subjects are taught in both the English and native language (Wapishana).

“You would have heard about the state of our education…last year report showed that the Regions One, Seven, Eight 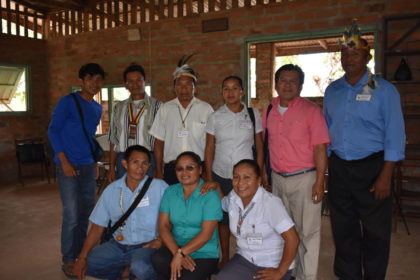 Some of the village leaders who participated in the launch.

and Nine is way below the average and we want to beat up on our teachers and our children without realising that the curriculum is not set to allow that child to be able to compete with those children on the coast,” Minister Allicock explained.

Minister Allicock pointed out that developers and policy makers must find a way to deliver appropriate education for the people living in the most remote areas in the country, and this bilingual programme is one step towards ensuring a level playing field.

“I’ve heard policy makers, developers and educators saying that ‘we are going to take education to the Indigenous peoples’ I would prefer to say that we are going to share education and our people understand the laws of nature and managing the eco system, they understand the purpose of the worm, the snake, the trees, the fishes…those on the coast can also learn from those Indigenous peoples,” Minister Allicock emphasised. 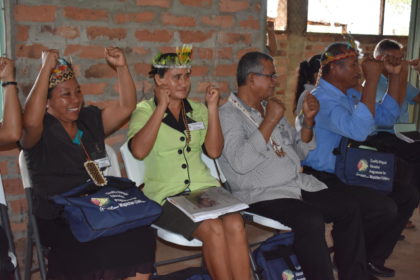 A section of the participants at the launch of the bilingual project in Region Nine.

Minister Allicock reiterated that language helps one to have an identity, noting that language is disappearing among the Indigenous people. He said that this programme offers an opportunity for a better curriculum to be developed for all the children in Guyana.

The bilingual programme will be implemented in stages and will see a new curriculum being developed to include both languages. The curriculum will also provide a template that will be applicable to other indigenous communities across Guyana.

First-year nursery school teachers are being trained by 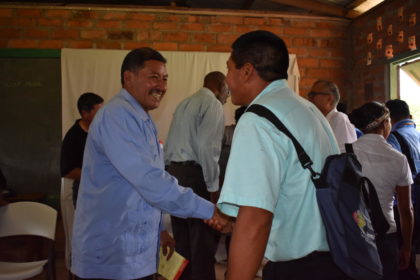 Minister of Indigenous peoples’ Affairs, Sydney Allicock engaging one of the village leaders.

the end of August this year, and the actual implementation of the new bilingual textbooks for first year nursery school will be incorporated in the September 2017 academic year.

It is expected that throughout the pilot programme the Ministry of Education and the National Centre for Educational Resource Development (NCERD) would undertake field review and be part of the joint review teams on a regular basis.