The Guyana Power and Light’s coastal power supply is returning to normalcy. In an interview with the Department of Public Information (DPI) Acting Chief Executive Officer (CEO), at GPL, Renford Homer explained that a botched tree trimming exercise and a burnt jumper are among the reasons for the recent spate of blackouts.

The shutdown to the Demerara Berbice Interconnected System (DBIS) on Sunday was as a result of a generation shortfall from reduced generation reserve. 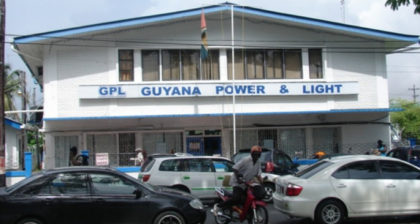 Homer further explained that when the demand was about 84 megawatts, there were 87 megawatts available for generation which left only three megawatts of reserve capacity instead of the normal 20 megawatts.  In addition to this, the machines at Skeldon and Garden of Eden were being overhauled, whilst the one at Kingston was undergoing routine maintenance.

“The machine at Kingston developed a high exhaust temperature and that activated the generation protection which brought the machine offline. So we could call it a generator trip, because there was not much reserve and we could not unload the feed as quickly as we would’ve wanted to, to keep the system stable, Homer explained.”

On Monday at approximately 15:15 hours GPL received a report of a burnt jumper on one of their feeders to which the transmission distribution crew quickly responded.

However, while attempting to close that feeder, the system sensed an unusual surge of high current and the protection network was activated taking the generating system offline. This resulted in sufficient generation to meet the demand at that time, Homer explained.

Meanwhile, on Wednesday morning at approximately 8:45 hours, some customers on the DBIS experienced a disturbance when a number of feeders were lost due to a tree trimming exercise conducted by Atlantic Hotel Incorporated on Battery Road, Kingston.

Homer pointed out that the trimmed branches fell across GPL’s primary network causing a severe movement on two of the conductors which became intertwined which resulted in generation at Kingston plant going offline.

“However, it was not a total shutdown, we were able to offload a number of feeders and maintain some stability to the system. The two circuits that stayed out for a little bit would’ve been the F8 and the F9 feeders; parts of the F8 mainly.”

The Acting GPL CEO apologised for the inconvenience. Homer is urging citizens to be careful when carrying out exercises close to GPL’s network since they can cause significant disruption and inconvenience, which in some instances translate to additional costs for the power company.