(May 3, 2018)- The Fédération Internationale de Football Association (FIFA) and the Caribbean Community (CARICOM) are set to ink a memorandum of understanding (MOU) for the two parties to work collaboratively for the advancement of football in the Region.

During the 34th Meeting of the Council for Human and Social Development (COHSOD) at the CARICOM Secretariat today, FIFA Director for Football in Africa and the Caribbean Mr. Veron Mosengo-Omda made a presentation to the meeting. 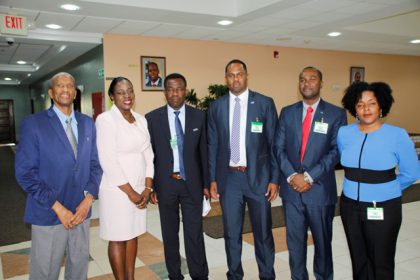 The Director said it is FIFA’s intention to start a Regional Primary School Football Competition with a broader goal of strengthening the sport across the region. Mr. Mosengo-Omda noted the importance of such an initiative to the moral and social fabric of the region. He said that sports and in this case football can be used as a vehicle to combat social ills that many times are associated with youths.

The Director urged federations and governments to work together for the greater good of the sport and by extension the Caribbean Region. He said although he is excited to ink the MOU with CARICOM it was important that the document is studied and then pronounced upon.

Further, the director underscored the importance of the alliance noting that such an arrangement with FIFA and CARICOM is a first since it will be an arrangement between a block of countries and not the usual individual country and FIFA arrangement.

Minister of Education Hon Nicolette Henry in her contribution to the discourse said that the MoE and the Government of Guyana (GoG) are excited about the initiative and will be moving forward with alacrity when the MOU is inked. Minister Henry further stated that the proposed competition aligns with the direction the MoE is heading.

She said that it is important for children to be exposed to sporting activities at school because of the benefit to children. The Education Minister said that not only does it combat social issues but it encourages teamwork and foster better relationships between children.

Since assuming the office of President of FIFA, Gianni Infantino has been working to develop football in the Caribbean region. The current proposal by FIFA has its origin in a visit to Guyana by Infantino last year when he pledged more financial assistance to the football federations in the region. 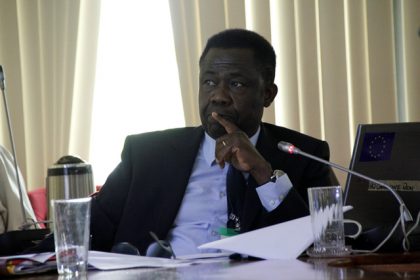 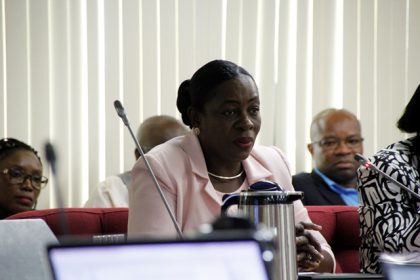