The Caribbean Community Secretariat (CARICOM) Competition Commission is working towards implementing and strengthening competition laws and policies in all of its member states.

Members of Parliament (MPs) today, participated in a sensitisation exercise which will pave the way for the establishment of the competition culture locally.

The sensitisation workshop was facilitated through the Caribbean Forum of African, Caribbean and Pacific (ACP) states (CARIFORUM) and CARICOM. 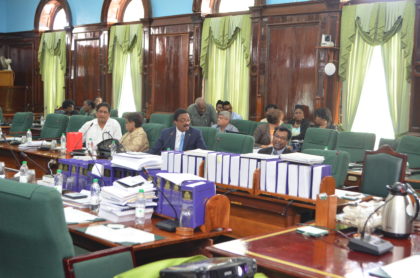 Chairman of the CARICOM Competition Commission, Dr Kusha Haraksingh said that the sensitisation workshop will contribute to a change in the way business is transacted in Guyana.

“This project that we are engaged in the whole of CARICOM is a general project about sensitising people about competition culture. This is an on-going exercise… the general citizenry still have to be sensitised to consumer welfare and to the virtue and value of competition. It is not something that people readily embrace and here in the Caribbean; it is a contest with our own history because of the way in which business is being developed,” Haraksingh explained.

A competition policy is generally unexplored territory in the Caribbean however, Jamaica adopted this policy in 1993 followed by Barbados in 2002, Dominican Republic in 2008, Guyana in 2010, with enforcement in 2012, and Trinidad and Tobago in 2006, but the enforcement still to be initiated. 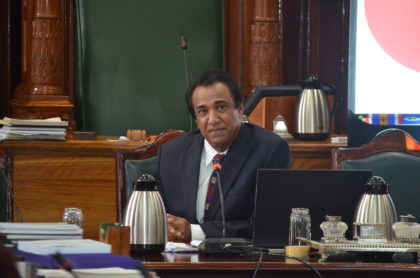 Single Market and Economy (CSME) for entrepreneurs, professionals and established businesses. By extension it yields much benefit for the entire country.

Haraksingh noted that the key aspects of competition law policy being enforced is the prevention of anti-competitive agreements between companies, dominance abuse and merger control regulation.

The CARICOM Competition Commission Chairman highlighted that the parliamentarians’ role is to ensure a secure economic balance in a country with the establishment of a jurisprudence competition law.

Meanwhile, Speaker of the National Assembly, Dr Barton Scotland said that the sensitisation workshop will assist in the implementation of a National Competition framework in CARICOM member states.

The Speaker highlighted that the MPs will be provided with additional information through the medium of someone who is knowledgeable in that area in the future since, “the workshop is the first of its kind.”