A leading distributor of electricity-driven vehicles in the Caribbean has expressed interest in supporting Guyana’s green economy programme. 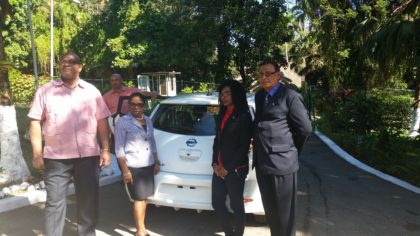 The company has donated a Nissan Leaf SUV to the Guyana Embassy in the Republic of Cuba, valued US$25,725.

The Cayman Automotive CEO met with Guyana’s Ambassador to Cuba, Halim Majeed, in May through a meeting facilitated by the President of the Guyana Foundation, Supriya-Singh-Bodden.

Ambassador Majeed explained to Felder that the green strategy seeks to revitalise and strengthen Guyana’s economy by making it less dependent on fossil fuel while protecting the country’s bio-diversity and developing eco-tourism among other things.

The Cayman Automotive CEO indicated that he plans to visit Guyana soon to engage the government and private sector.

The broker company sells new and pre-owned vehicles manufactured in the United States.   The company is based in Grand Cayman. 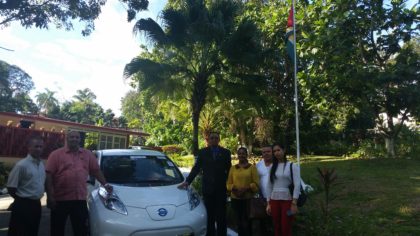 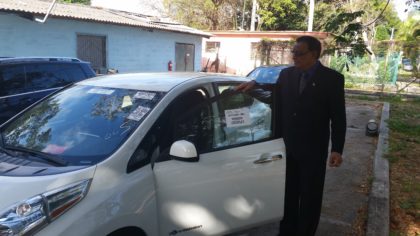