The historic activation of a Children’s Court will ensure that imprisonment becomes a last and rare resort for juvenile offenders, says Minister of Public Security Khemraj Ramjattan.

The court was opened this morning at the Georgetown Magistrates’ court following the passage of the Juvenile Justice Bill back in April.

Minister Ramjattan said the bill contains measures to ensure that the court is a last resort for children. However, should a matter reach to the court, imprisonment for the juvenile is not an option: “We want to get away from imprisonment; so, no child or juvenile is to be sentenced to imprisonment. Sentencing serves the purpose of holding juveniles accountable for the offence. What we are to do is to ensure rehabilitation, education and reintegration into society.” 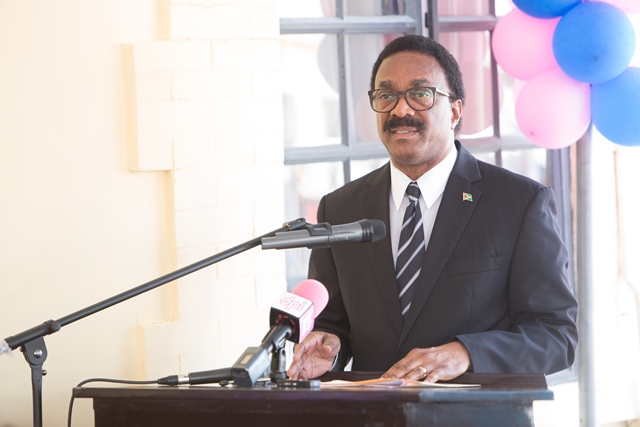 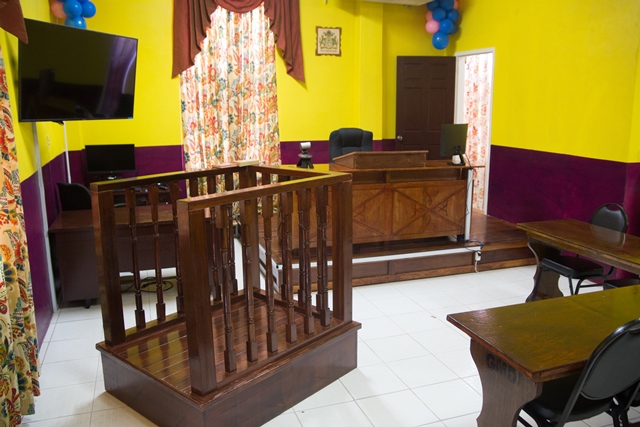 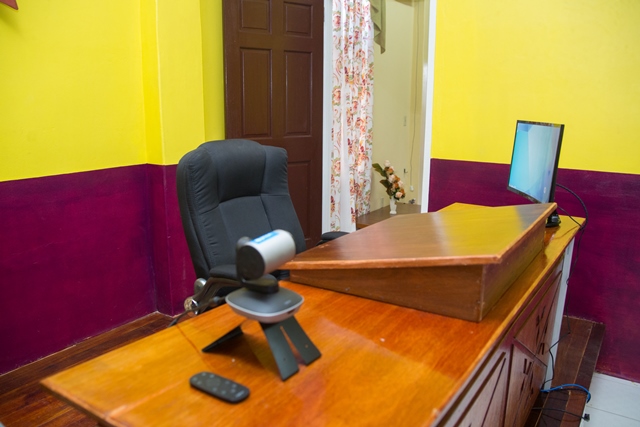 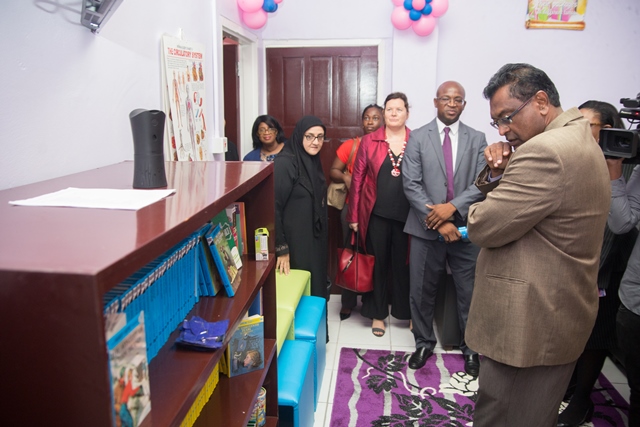 Minister of Public Security Khemraj Ramjattan checking out some of the books placed inside of the Children’s Court. 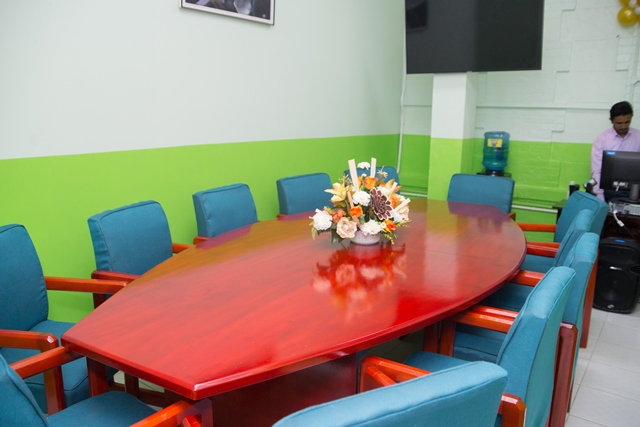 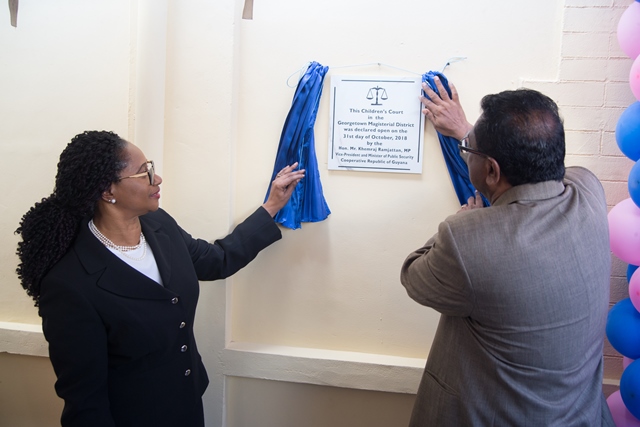 The Minister explained that in this modern age, there are humane alternatives to the tense formal court settings, as well as the remanding and incarceration of lawbreakers. He noted that the court will assist juveniles from falling deeper into a life of crime.”

According to the Minister, diversion is one such way avoid of sentencing juveniles. This can range from an offender giving an oral or written apology, compulsory attendance to a specified vocational or educational centre, compensation in a sum which is affordable to the juvenile’s family, community service, counselling and therapy or warnings.

Attorney General and Minister of Legal Affairs Basil Williams SC, noted that the manner in which we treat our weakest is a direct reflection of who we are. “There is no better way for a nation to demonstrate its respect for human dignity than by making appropriate provisions for the protection of its children and for securing their best interest. The establishment of this children’s court manifests the importance which the Cooperative Republic of Guyana attaches to the principle of the best interest of the child.”

The AG said the main goal was for rehabilitation and not punishment. While the juvenile held is responsible for his or her actions, he or she is provided with an opportunity to be reformed which will reduce recidivism and provide them with a second chance.

Acting Chancellor, Madam Justice Yonette Cummings-Edwards said that the state being aware of the vulnerability of children has a responsibility to care for them. She said that prior to the Juvenile Justice Bill and the opening of the court, punishment for juveniles was based on retribution, deterrence and rehabilitation. According to the Chancellor, the modern legislation is more of a developmental and restorative approach aimed at involving the offender, the victim, the parents and even members of the society.

“Our system envisages that children will be separate from adults; it will ensure that they are subject to meaningful consequences proportionate to the offence and circumstances recognizing the juvenile’s greatest dependency and reduced level of maturity; and it also provides for protection to ensure that juveniles are treated fairly and humanely and that their rights respected and protected.”

Magistrates Dylon Bess and Annette Singh will be ruling over the court. In 2019, two more children’s courts are slated to be opened in Berbice and Essequibo.