On September 2, 2016, head teachers, teachers, parents, officials from the Region Seven Department of Education had their say as the Inquiry into the education system continues.

Representatives from several schools across the Region were present at the meeting to make their contributions to the Commission of Inquiry (COI).  The consultation was held at the Kamarang Primary School. Some of the schools and communities represented included Phillipai, Kako, Jawalla, Waramadong, Quebanang Wax Creek, Paruima, and Imbaimadai.

COI chairman, Ed Caesar, in his opening remarks, briefed the gathering, which also included the community’s doctor and law enforcement officers, of the significance of the COI to the strengthening of the Ministry’s Strategic Plan, also referred to as the Education Sector Plan. “We have to hear from our brothers and sisters about how the education system affects them. Nothing is too small or too big to talk about,” Mr. Caesar stated. Explaining the link between an effective education system and the role of all, Mr. Caesar said that, “we want the country to prosper but it cannot happen unless the education system so facilitates.”

This is the first hinterland region’s stakeholders that the COI has engaged thus far. 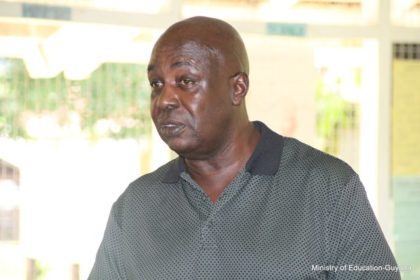 A number of issues affecting the delivery of education in the Region were raised with the Commission. Several speakers stated that the pupil-teacher ratio ‘was too high’ and did not allow for effective supervision.  A recommendation was made for the Nursery level teacher-pupil ratio to be 1:15; Primary 1:20; and Secondary 1:30. Calls were made for the Ministry to bring secondary schools in the Region up to par with those on the coast by ensuring that the curriculum includes technical subjects such as Home Economics, Wood Working, and Information Technology. 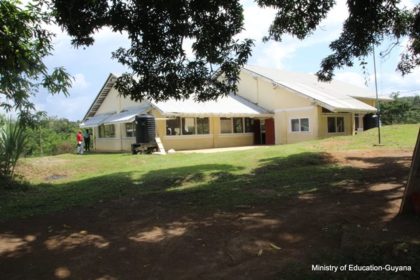 Other recommendations included the need for welfare officers to cater to the needs of both teachers and students; disbursement of benefits before retirement age; introduction of Amerindian languages in the school’s curriculum; more support to address the high cost of living in the Region; need for special education teachers; and opportunities be presented to allow persons to pursue studies at the University of Guyana via the distance mode. 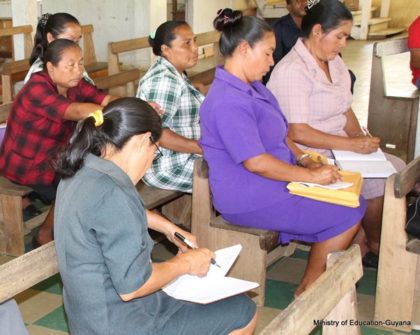 Meanwhile, Regional Education Officer (R.Ed.O), Mr. Charles Holmes, in highlighting a few of the successful initiatives implemented by the Ministry, said that the hot meal programme has been successful in the region.  He said that 11 of 16 schools have access to computer labs and plans are ongoing to ensure that the remaining schools have access by the end of 2016. Teachers in the Region are encouraged to utilise Information and Communication Technology to aid their work especially as it relates to the timely completion of reports and lesson plans.

Public consultations are scheduled to be held in Region 1-Port Kaituma, Mabaruma, and Moruca from September 14-17, 2016.

The Guyana Teachers’ Union, representatives from religious organisations, private education institutions, the University of Guyana, Cyril Potter College of Education, and a number of Individuals have made recommendations to the Commission.

The COI commenced in April of this year and is expected to conclude in December 2016.