Community Policing Groups (CPGs) are helping to reduce petty crimes. Administrator of the CPG, Snr. Superintendent (Ret’d), Dennis Pompey said petty crime is down 80 percent in those areas that have CPGs. He pointed to the East Coast of Demerara and Berbice as examples where this is happening. 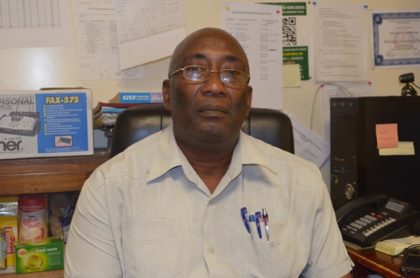 “Those (communities) that we have groups (in), we find that the crime rate has been reduced, there is not much crime in those communities,” Pompey told the Government Information Agency in an interview today.

Pompey said active CPGs across the country are encouraging and educating their community members on how to strengthen their personal security along with regular patrols. However, in the central Georgetown areas, petty crime remains an issue. He said this is an area that is still in need of more CPGs.

CPGs across Guyana have conducted 265 vehicle patrols, 142 motorcycle patrols, 455 foot patrols, 42 boat patrols and 15 ATV patrols for the year. Additionally, CPGs have made 15 arrests during the period for offences such as simple larceny, break and enter and domestic violence.

CPGs were established in 1975 by the late Commissioner of Police, Henry Fraser to aid the Guyana Police Force (GPF) particularly in reducing minor or petty crimes. There are 228 groups across the country with more than 5,000 members.

Pompey says the Ministry of Public Security aims to increase CPGs and membership by an additional 10 percent. He added that they are trying to get retired servicemen including police and fire-fighters to lead their communities in the establishment of CPGs.