Senator Boyce was speaking at the opening of the 73rd Council for Trade and Economic Development (COTED) meeting on energy which was held at the CARICOM Secretariat, Turkeyen, Georgetown today.

“To the extent that we are able to generate energy from our own sources then we are able to increase the size of our GDP,” Senator Boyce said during the brief opening of the meeting. 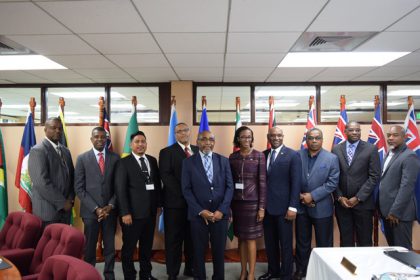 Ministers and state representatives at the opening of the 73rd COTED Energy meeting.

The Senator noted that many member states have high fuel bills. In Guyana, the Central Bank’s Quarterly Report and Statistical Bulletin outlook for end-December 2017 projected that Guyana’s “fuel imports will account for 61.9 percent or US$365.3 million of total hard currency payments”.

Subject ministers and agency heads from CARICOM member states will discuss regional quality infrastructure for renewable energy and energy efficiency among other issues.

“It looks like we are finally at the point when all of the work we’ve done on energy will begin to translate into action for this region,” Senator Boyce said. The discussion on energy is also a driver for the resilience in energy resources within the region, the Senator added.

“Resilience in the energy supply of the country implies resilience in our economies and to some extent resilience in case of natural disaster,” Senator Boyce said. Climate resilience is a major focus of CARICOM heads of state who will meet in July. It is estimated the cost of recovery for states devasted by hurricanes last year is in excess of US$5B.

The discussion will also look at utilising oil and gas resources, which many member states have, to generate energy. “We ought not to let those resources stand there idly but we should use them for the benefit of our countries and for the region,” Senator Boyce said.

In Guyana, the government has budgeted for a study to examine the incorporation of natural gas from offshore production into the country’s energy supply.  The study includes a preliminary socio-environmental impact and risk analysis of the issues associated with the candidate generation technologies and an analysis of the current regulations in order to reach regulatory policy recommendations to foster renewable energy (RE) generation technologies.

The Senator stressed developments in energy must redound to the benefit of the average consumer. “This is not just an exercise in academics, it’s an exercise in practical living for many people [who] are sometimes barely affording to pay their electricity,” he noted.

Meanwhile, Assistant Secretary-General for Trade and Economic Integration at the CARICOM Secretariat, Ambassador Joseph Cox, called for the establishment of a project preparation facility moving forward.

“I want to ensure that these investments are bankable and therefore I think it is time that we have in place a project preparation facility where we can look to funding of pre-feasibility studies, feasibility studies so that when we hit the financial network we really are ready for action,” Ambassador Cox said.

Today’s COTED Energy meeting is considered an important progression in the realisation of the region’s energy agenda. Ambassador Cox noted that member countries have been assigned technical officers to work towards the establishment of a framework for a more “strategic and effective engagement” on energy. 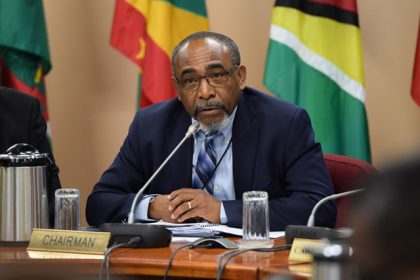 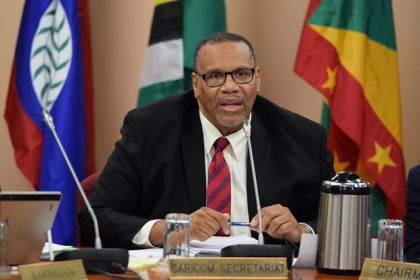