The efforts of the Darwin Initiative Project were on Wednesday evening recognised by the British High Commissioner, H.E Greg Quinn.

The UK funded project which was launched in Guyana in 2017 will conclude in 2020. It focuses on traditional knowledge being incorporated into biodiversity policy for poverty reduction. Work was done in the five protected areas – the Kaieteur National Park, Iwokarama International Centre for Rainforest Conservation and Development, Konashen District Community-owned Conservation Area, Shell Beach and the Kanuku Mountains.

During the reception held at the British High Commission’s residence on Wednesday, Country Coordinator of the Darwin Initiative Project, Deirdre Jafferally highlighted the importance of getting the community’s perspective.

The project was launched by the United Kingdom (UK) government at the Rio Earth Summit in 1992. It is funded by the UK Department for Environment, Food and Rural Affairs, the Department for International Development and the Foreign and Common Wealth Office.

Some of these projects include the Greenheart initiative in 1994, influence of selective logging in 1995, biodiversity and sustainable development of butterfly production from 2006 to 2009 and most recently supporting Indigenous and local organisations to implement part of the convention on biological diversity from 2010-2013. 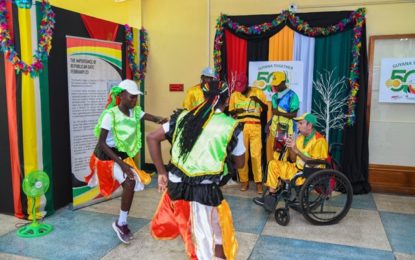