A notice from the Director’s Chamber states that the charges concern a “grave issue” under the criminal law in relation to two serving ministers. It said in the interest of good governance in the State of Guyana, such allegations should have first been reported to the Guyana Police Force (GPF) for an investigation to be launched and the advice of the DPP sought.

The DPP discontinued the charges under Article 187 (1) (c) of Guyana’s Constitution.

“In the law, they call them “courts busybodies” Mr. Nandlall is becoming a busybody. I trust that he takes the time to understand the nature of these matters that he is filing, and I do believe and trust that at the appointed time when these matters are heard, that Mr. Nandlall and the persons that bring these charges will be condemned significantly in costs and damages,” Minister Harmon told the Department of Public Information (DPI).

Nandlall had filed the charges on behalf of his fellow PPP MPs Juan Edghill and Vickram Bharrat. 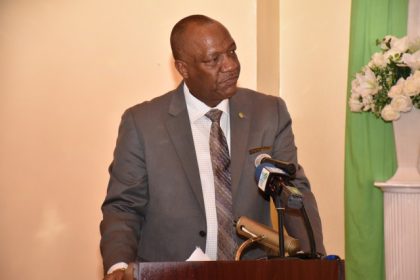 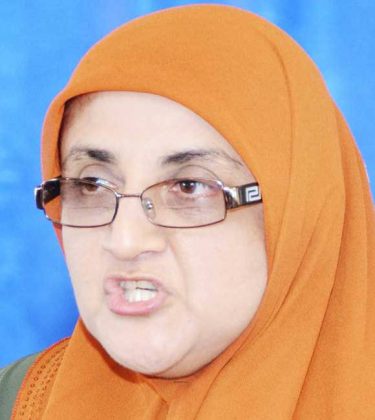 The move by the Opposition came a week after the Special Organised Crime Unit (SOCU) charged former Minister of Finance, Dr. Ashni Singh, and former Head of the National Industrial and Commercial Investments Limited (NICIL)/ Privatisation Unit, Winston Brassington, for illegally selling three plots of land for over GY$900M.

Attorney General and Minister of Legal Affairs, Basil Williams S.C, had said that the charges brought were based on “malice, whim, and caprice.”

“There is no comparison between the cases. No established investigatory agency or prosecutorial agency said anything about them [Ministers Lawrence and Dr. Norton]. The former minister (Ashni Singh) was charged after extensive investigation, advised by the police legal advisor the esteemed Justice Claudette Singh S.C. and the DPP and her chambers,” AG Williams had told journalists during the press briefing on Saturday last.

AG Williams pointed out that the Office of the DPP would determine the fate of the case against Ministers Lawrence and Dr. Norton. “In other words, the office of the DPP is invested with powers of quality control over all prosecutions in Guyana and has a proactive duty to patrol the Corridors of Justice to ensure her domain is not polluted by jaundiced interlopers.”

He had cautioned that the use of private charges by political parties was a recipe for returning Guyana to the status of a failed narco-state as it was under Presidents Bharrat Jagdeo and Donald Ramotar.