Final CORE group launched in Paramakatoi   “The Govt. of Guyana is working hard to have people all across Guyana gainfully employed- Min. Annette Ferguson.

October 6, 2017- on Thursday October 5, Hon. Minister within the Ministry of Public Infrastructure, Annette Ferguson, was delighted to launch the final Community Organised for the Restoration of the Environment (CORE) group in Paramakatoi Region 8, providing employment to 10 youths in the community.

The new group officially completes the Government of Guyana’s goal of creating 200 jobs across the country through the Ministry of Public Infrastructure initiative. 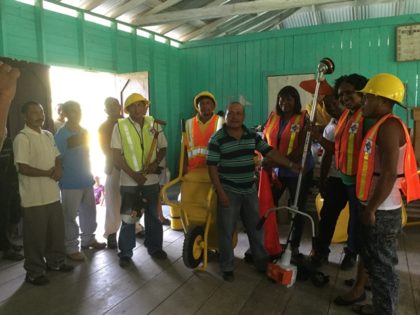 In her opening remarks, Minister Ferguson expressed her gratitude to the people of Paramakatoi for permitting the presence of her; CORE Coordinator, Charlene Garraway; and Personal Assistant, Leon Castello. Relaying the purpose of CORE to the community, Minister Ferguson said, “The aim of CORE is to restore the environment and I noticed that you, the villagers, focus on fishing and other economic activities for your livelihood.”

Min. Ferguson went on to state that “the Government of Guyana is working strenuously to have our people all across Guyana to be gainfully employed. You, the people of Paramakatoi are important to us, the Government.”

Furthermore, Minister Ferguson said that the youths should see this as an opportunity to upgrade themselves and become their own entrepreneurs. “The Government does not give a fish but teaches a man how to catch a fish for a lifetime.” The Minister further advised the 10 CORE workers to take advantage of the opportunity. “Let us work hard not to only to beautify Guyana, but also make Guyana proud, keeping it clean since we are going green…work hard because when you do, Guyana will applaud you for your contributions for making the country a clean and friendly place,” she emphasised.

The launch of the Paramakatoi CORE Group is the twentieth and final group to be launched across the 10 administrative regions of Guyana. The first CORE group was launched in February 2017 with the aim of empowering and bettering communities through the formation of community groups aimed at the beautification of the environment. Workers in the CORE group are contracted for one year and receive a monthly salary of $60,000.00. It is government’s intention to have more CORE Groups launched in other communities across Guyana in the not too distant future. 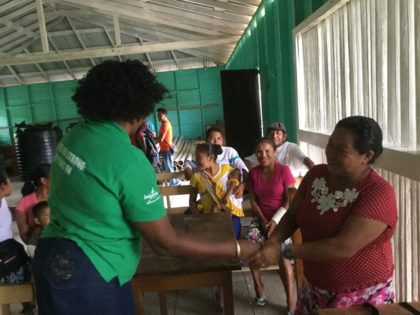 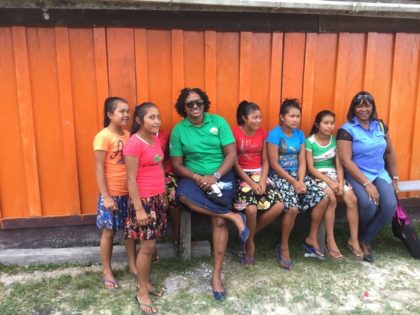