Two officers of the Guyana Fire Service (GFS) will engage their Caribbean counterparts to develop skills for fighting fires in the oil and gas sector during the annual Caribbean Association of Fire Fighters’ Conference. 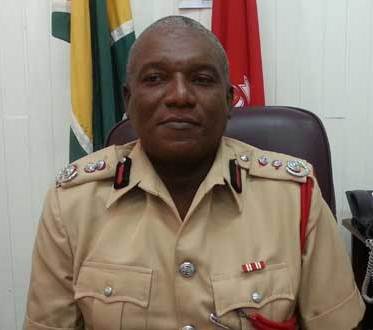 The announcement was made today, by Minister of State Joseph Harmon at today’s post- Cabinet press briefing.

The annual fire fighting conference will be held in Trinidad and Tobago from October 18 to 22. Fire Prevention Officer Andrew Holder and Sub Officer Dehola Jacobs will be representing the GFS at the conference.

Fire Chief, Marlon Gentle told the Government Information Agency (GINA) that these officers hold elective positions in the Caribbean Fire Fighting Association. Holder is the Vice Chairman and Jacobs is the Assistant Secretary.

Fire Services across the English-speaking Caribbean meet annually to share information on modalities of training, welfare issues affecting fire fighters and harmonising fire fighting training across the Caribbean, among other issues.

The Fire Chief added that following the conference, Guyana will be participating in the Caribbean Fire Fighting Games of which Guyana is the reigning champion. A 20- man delegation will represent Guyana at the games.