In a recent two-day visit to the Essequibo Coast, Foreign Secretary Robert M. Persaud sought to address the concerns of Guyanese citizens who recently emigrated from the Bolivarian Republic of Venezuela.

During the meeting held on Saturday, April 24, 2021, over 85 persons turned out to voice the challenges they face as remigrants, specifically concerns about housing, education, health, and birth registrations.

Mr. Persaud, along with International Organization for Migration (IOM), and Regional Democratic Council representatives, examined the strategic interventions necessary to meet the needs of the remigrants. One such intervention will be the establishment of a working group that will work to build stronger partnerships aimed at addressing the many challenges of remigrants.

On the following day, the Foreign Secretary met with the Essequibo Chamber of Commerce along with several young professionals, during which they discussed the Government’s plans to engage all regions in keeping with the President’s Vision for Economical Transformation. Members of the Chamber were also informed on trading opportunities and mechanisms available to boost local businesses by tapping into the foreign markets Guyana has preferential access to. Further, Mr. Persaud explained the steps being made to remove trade barriers and create ease of access to tap into these foreign markets.

During the meeting, members of the local business community voiced concerns on the possible impact of the Guyana/Venezuela border controversy on local and foreign investments into the region.

In response to this concern, Foreign Secretary Persaud assured attendees of the Government’s efforts to protect and preserve Guyana’s sovereignty and territorial integrity. He also reaffirmed the Government’s commitment to the region’s economic development through frequent engagement and the dissemination of vital trade information and resources made available through the Department of Foreign Trade within the Ministry of Foreign Affairs and International Cooperation. 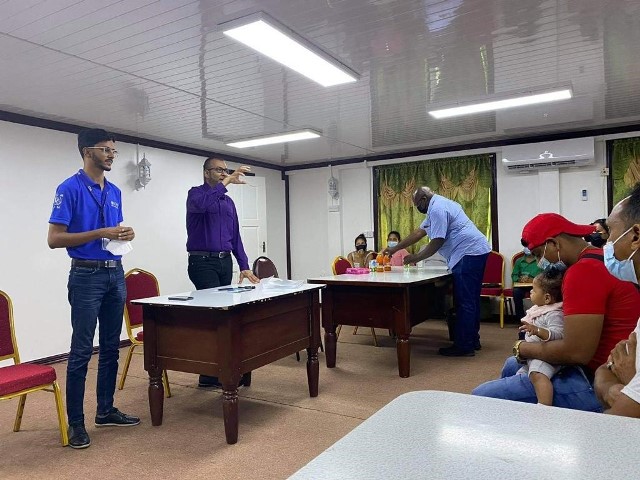