The Ministry of Public Security is building the capacity of the forensic laboratory so that in the long run, the facility can provide DNA and gun residue testing which are internationally recognised.

This capacity training is being developed through the Ministry’s Citizen Security Strengthening Programme (CSSP). In a recent interview with the Government Information Agency (GINA), Project Manager of the CSSP, Clement Henry said that the process for the procurement of high- end equipment for the lab has begun. 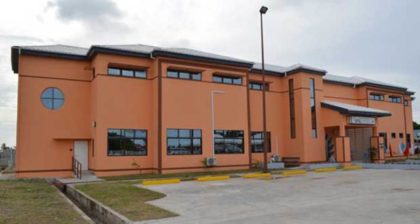 “We have been engaging discussion with the bank, with forensic experts in looking at the possibility of acquiring rapid testing DNA and gun testing residue devices,” Henry explained.

Improving the Guyana Police Force’s (GPF) Forensic Laboratory’s effectiveness towards preventing and conducting crime investigations is the second component of the CSSP.  This component is being funded at the cost of US$5.5M through the Inter-American Development Bank (IDB).

Apart from the procurement of equipment for the laboratory, the CSSP will facilitate local and overseas training, and training materials for lab staff and the GPF, in terms of crime investigation and evidence collection.  A Memorandum of Understanding (MOU) has been signed between the GPF and the CSSP for liaison officers.

Further, this body will regularly evaluate the accuracy of tests done at the lab and look at the calibration of the equipment among other things. “At the end of this project we hope to move the lab to ensure that they receive ISO, international standard accreditation,” Henry pointed out.

Meanwhile, the CSSP has begun advertisements for the procurement of equipment for an integrated information system. “The integrated crime information system, which is an information technology based system, helps in the garnering of information on crime and violence across the country, and this information is collected at different police stations and then located in a central database,” Henry explained.

Police and the Ministry of Public Security’s Crime Observatory analyse the information to identify trends in crime and violence and develop evidence-based prevention strategies.  “So what we’re doing now is to ensure that we expand this integrated crime information system which was developed under the first phase of CSP,” Henry added.

The CSSP is a five- year programme, and the international accreditation of the laboratory is expected to be achieved within the programme’s lifespan.

“In the end, what the proficiency body offers is public assurance that the results of the lab are sound and the outputs are robust,” Henry added.