—says US congress monitoring those seeking to interfere with election outcome

US House of Representative Congresswoman Yvette Clarke of New York’s 9th congressional district has affirmed that the Guyana Elections Commission (GECOM) must proceed with its mandate without interference.

“We are maintaining our position that GECOM must be free to do its job without the interference of any group so that we can from this [process] get a free and fair election,” the Democratic Congresswoman said Friday evening on 107.1FM. 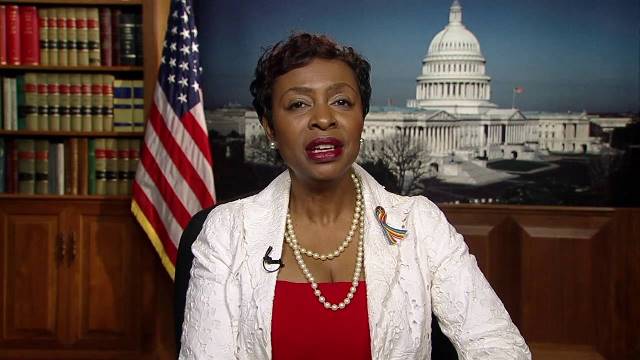 Chiding attempts to influence the outcome of the March 2 General and Regional Elections, Congresswoman Clarke maintained members within her caucus are keeping a watchful eye.

“We are monitoring from the congressional side all of the various players that are either interfering or trying to put their thumbs on the scale of the elections in Guyana,” said the US Congresswoman.

“We have to respect the sovereignty of nations – of every nation in the world […] We want to ensure the GECOM process is not interfered with so that people can trust the election,” the Congresswoman continued.

Fielding questions from 107.1FM’s radio host on the impact fraudulent votes may have on an election, the Clarke expressed the view that it, “goes to the heart of democratic values,” and that such an occurrence would result in a nation, “slipping further and further away from a matured democracy.”

“When the people are governing themselves, that is the ultimate freedom of a democracy,” the Congressman iterated.

Congresswoman Yvette Clarke was a member of a bipartisan contingent that visited Guyana in January to meet with Government and the parliamentary Opposition on matters related to the then imminent elections.