The Guyana Livestock Development Authority (GLDA) is working to increase cattle production nationwide through its Artificial Insemination and genetics programme.

Dr. Dwight Walrond, Deputy Chief Executive Officer of the authority told the Government Information Agency that once the authority synchronises the programme and have it up and running across the country, it would be easy.

“… we know our agriculture is based on the coast. In this way, we can programme our calving season to ensure we get our calves during the dry season to reduce our calf mortality. Our calf mortality was approaching 40% which is unacceptable so we at GLDA are doing a number of things to remedy this situation,” Dr. Walrond said. 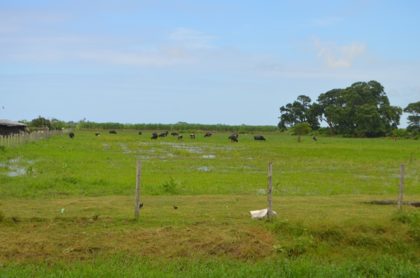 The DCEO revealed that the authority’s technical capacity is now increased, and it is in a better position to provide genetics and artificial insemination services to farmers across the country.

Dr. Walrond explained that, “we had a staff who was exposed recently to some additional training in artificial insemination in Jamaica for large ruminants. Additionally, I am more than happy to report that three staff who were working with me have made such great progress that they can now function on their own. That simply means we can now have more technical staff in the various regions to execute these programmes.”

The GLDA has been introducing cattle farmers to new breeds of cattle through its artificial insemination programme aimed at increasing cattle production. “What we are trying to do is to make improved genetic material accessible to farmers at a pretty low cost,” the DCEO explained.

Farmers were previously skeptical about the artificial insemination services provided by the livestock authority. However, Dr. Walrond said this has now changed with many farmers seeking out the authority’s services.

The newly developing relationship between farmers and the GLDA resulted from improved quality in the services the authority now provides.

“I try to spend at least two days in the field working with the staff and farmers so that the farmers can regain that confidence and we are seeing it. Farmers are seeing the high success rate, and we have some large farmers that are now interested and coming on board,” Walrond said.

The GLDA is also engaged in a cattle buy-back programme to prevent productive heifers from being slaughtered. The authority is the agency tasked with supporting the growth and development of the country’s livestock industry and continues to test several newly introduced cattle breeds at its Ebini Livestock Research Station in the Berbice River.