“Gloria” – a night of dance

Prime Minister, Hon. Moses Nagamootoo and his wife, Sita Nagamootoo joined ministers of government, members of the Diplomatic Corps among others at the National Cultural Centre (NCC) for a night of Spanish dancing.

His Excellency, Javier Carbajosa, Ambassador of Spain to Guyana, in collaboration with the Honourary Consul of Spain in Guyana, Brian Tiwarie, this evening, hosted “Gloria”, a performance by Sonia Olla and her Flamenco. 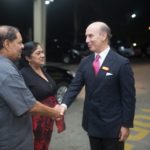 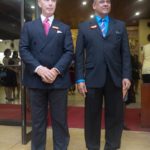 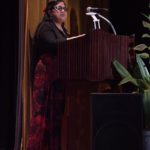 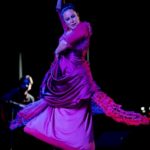 Sonia Olla during a performance 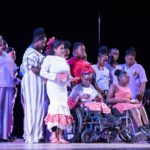 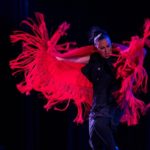 Sonia Olla during a performance

This event was hosted under the patronage of the wife of the Prime Minister. During remarks, Mrs. Nagamootoo noted that “it is with great pride that I welcome the dancers to Guyana for the second time.”

She explained that this event shows the strength of the bond of friendship between Guyana and Spain. It also shows the diversity of Guyana’s culture.

Also during remarks, the Ambassador of Spain to Guyana expressed appreciation to the Government of Guyana for their continued support in promoting their culture. He also mentioned that he is very grateful for all the support he has received since all proceeds will towards the Ptolemy Reid Rehabilitation Centre.

The Ambassador explained that “Gloria” releases pure creativity, and fuses the artist, the music and the audience until they are one. The event featured dancers, singers, a guitarist and a percussionist.