The Guyana Geology and Mines Commission (GGMC) is strengthening its capacity to address deficiencies it faces in enforcing safe mining practices. 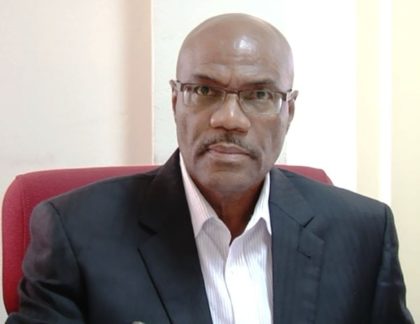 Director of Compliance at the Ministry of Natural Resources Derrick Lawrence

The GGMC has begun training its officers in ground structures safety and general occupational safety and health practices in mining. Director of Compliance at the Ministry of Natural Resources, Derrick Lawrence, told the Government Information Agency (GINA) in a recent interview that the measures are being taken to address deficiencies identified in various Commission of Inquires.

There have been several COIs in to mining related deaths. The report from those COIs revealed deficiencies in the geo sciences behind mining, occupational health and safety, the regulations governing mining and enforcement and, the need to strengthen enforcement.

Lawrence told GINA that the Ministry of Natural Resources has facilitated training for GGMC officers to build their capacity in pit engineering. He said, this year, mines officers of the GGMC took part in a course entitled, ‘Ground structures safety training for mining engineers. “This course was one of the actions taken to deal with the capacity building that we determined to be necessary at the engineering level,” Lawrence explained.

Darcy Walrond, Senior Environmental Officer of the GGMC, told GINA that a ground control document would be developed out of the training as a guideline to mining operations. It would provide information on how to conduct proper camp and working ground assessment, equipment use and maintenance, personal protective equipment among other safe practices miners need to adhere to. “This document would be a standard,” Walrond said.

The capacity building efforts of the GGMC is to meet calls by miners’ associations and stakeholders in the sector to be more proactive in providing safer alternatives in mining. “So our role has to be in that regard, to demonstrate, educate, evaluate and as far as possible ensure that the message gets over,” Acting Commissioner of GGMC, Newell Dennison told GINA.

Dennison cautioned however, that miners themselves must exhibit a heightened level of self-monitoring. “There is still a very strong need for miners to be aware that they have to bear some responsibility for treating with the risk elements that are inherent in mining. There must be a sense of self-regulation in the sector if together we are to move forward to have a sensible treatment that affects mining,” the Acting Commissioner added.

Dennison said it is important that stakeholders work along with the GGMC to ensure that when the new measures are implemented, they are 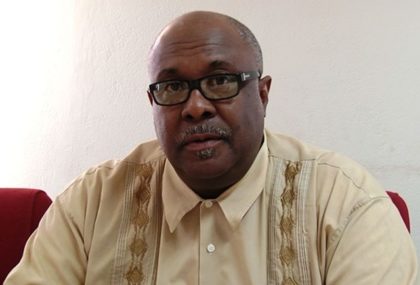 effective.  He said, monitoring of mining practices across the six mining districts remains a challenge but the GGMC has been relying on new technology to aid in this effect.

“We have been trying to use hotspots by virtue of looking at aerial surveillance, that’s not necessarily drones as being advocated by many, but we do over-flights from time to time,” Dennison revealed.

Senior Environmental Officer of the GGMC, Carlos Todd, said the Commission has been conducting education and awareness sessions in mining areas. “… we need to emphasise to the miners that safety is important and there are certain things that you need to do during and before a mining operation,” Todd said.

Meanwhile, the GGMC is in the process of reviewing its regulations to ensure that sanctions to errant miners are more effective. “There are prosecutorial eventualities that we are addressing in the law right now,” Dennison said.