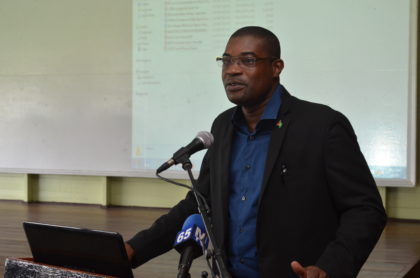 Minister Patterson, recapping his ministry’s performance said, “In my opinion it was a good year for the Ministry; it was not the best, nor was it the worst, we achieved about 80 percent of our mandate of what we set out to do- 80-85 percent in 2016. Eighty five (85) percent is not a bad mark, but obviously we would like to get to 90 percent.”

The Minister explained that 2016 has enabled the Ministry to assess its weak areas. “We are not perfect, we were able to make targeted interventions … nevertheless challenges remain in the sector.”

Minister Patterson encouraged the media to be more investigative in 2017. 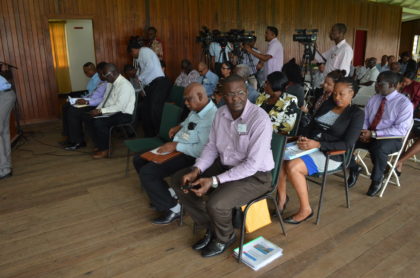 Power and Light) Lot A, the East Coast Demerara (road) extension, the Ogle bypass, as well as the East Bank Berbice road.” He attributed this to circumstances beyond the ministry’s control.

The Ministry plans on working assiduously to ensure that these major road works commence by the first quarter on 2017, Minister Patterson said.

Among the Ministry’s agenda for 2017 are addressing challenges, and the various sectors which will seek to boost the country’s infrastructure through better roads, bridges, energy, power generation, and other infrastructural works in the various regions.