On Wednesday, June 21, 2017, the Governments of the Co-operative Republic of Guyana and the Republic of Colombia signed an “Agreement on Mutual Exemption of Visa for Holders of Ordinary Passports” in the margins of the 47th Regular Session of the General Assembly of the Organization of American States (OAS), in Cancún, Mexico.

The Agreement will allow holders of Ordinary Passports to enter and stay in the territories of the two countries without a Visa for a period not exceeding ninety (90) days, renewable for an additional period of up to ninety (90) days, provided that the total length of stay does not exceed one hundred and eighty (180) days per year.

The Agreement becomes effective after the internal legal procedures for “entry into force” have been completed by both countries.

The conclusion of this Agreement signals a continuation of efforts to advance cooperation between the two countries and the development of friendly relations between their peoples. 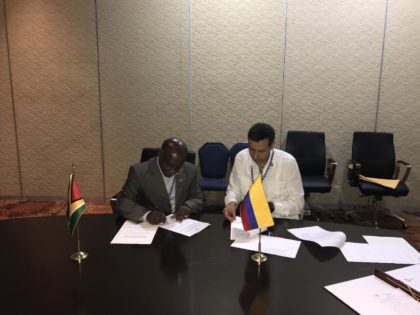 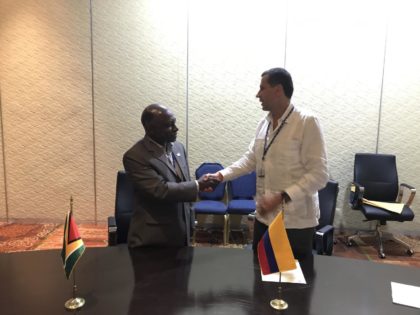