Stakeholders from the industry and civil society made their input in the draft Petroleum Commission Bill, today.

Hosted by the Ministry of Natural Resources, the consultation was held at the Marriott Hotel, Kingston.  The Petroleum Commission Bill makes provision for the establishment of a Petroleum Commission to serve as a regulatory agency for Guyana’s emerging oil and gas industry. 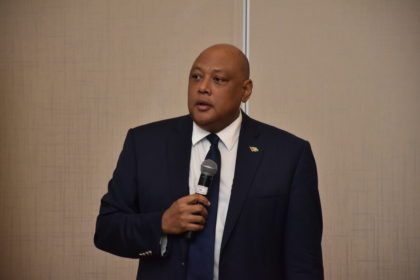 This is the second round of consultations since the Bill was made public in December. The Bill can be found on the Ministry’s website. The functions of the Commission were key points raised during the initial review.

Stakeholders raised concerns and queries on the establishment of the board, powers of the minister and remuneration of staff. Minster of Natural Resources, Raphael Trotman notes that the appointment of the board will be inclusive.

“The board shall consist of a Chairperson, appointed by the Minister, the Director of Petroleum and not more than seven other persons who shall comprise representatives of the parliamentary opposition and civil society,” Minister Trotman explained.

The draft Petroleum Commission Bill has 44 sections which cover areas 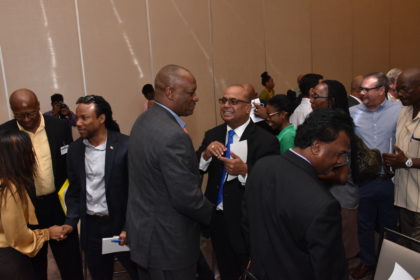 Stakeholders at the consultation

pertaining to the establishment and incorporation of the Petroleum Commission, functions and duties of the Commission, financing among others.

Minister Trotman explained that the Commission also draws from similar commissions established in Africa and Trinidad and Tobago. The Petroleum Commission will be a semi-autonomous organisation like the Guyana Geology and Mines Commission (GGMC) and the Guyana Forestry Commission (GFC).

The Bill will be presented at the next sitting of Parliament which is scheduled for April, Minister Trotman.

He explained that it will go before a Select Committee when it is presented in the National Assembly.

“It will be further examined and we can receive presentations on its improvement, and we certainly would like to have it passed into law by August before we go into recess,” Minister Trotman explained.