The Ministry of Indigenous Peoples’ Affairs in collaboration with Conservation International (CI) and a team from Brazil recently hosted a three-day workshop to conclude the final stages of consultations, before rolling out the Sustainable Development Agreement Framework (SDAF).

The event was aimed at ensuring that there is clarity on all aspects of the framework, while at the same time learning from Brazil’s experiences.

Once completed, the SDAF will be used as an instrument to effect long term changes in the lives of the Indigenous Peoples through effective sustainable livelihood programs with support from key government and non-governmental players.

During opening session of the workshop on April 04 at  the Splashmins Resort, Fourth Vice President and Minister of Indigenous Peoples’ Affairs Sydney Allicock said that the implementation of the framework will seek to hope to remedy most, if not all of the short comings and challenges facing the Indigenous peoples. He said that the project will demand a significant amount of commitment and resources.

While emphasizing the need for collaboration to ensure the successful implementation of the project, Minister Allicock said that “We are working towards improved and new ways of doing things and we have to collaborate, we have to communicate more with each other, so that we will not replicate instead we will build, improve and strengthen what is already there. When we work together we will see results, we will make an impact and see the change that we are working together for…At this time I would like to put on record special mention of Dr. Sing and team who have been very instrumental and supportive in terms of providing the financial and technical assistance to the project.”

Minister Allicock told the participants that a framework of this nature is necessary since government is seeking to develop a green economy.

He said that this kind of exchange and partnership is vital to the successful implementation of any projects aimed at enhancing the lives of citizens. “We are very keen to see the realization of the project…we have no doubt that we can capitalise on the Brazilian experience, especially with the “Bolsa Verde” programme,” he said.

Minister within the Ministry of Indigenous Peoples’ Affairs Valerie Garrido-Lowe acknowledged the role Conservational International in this process. She emphasized the need for proper planning in order to fully bring the Indigenous peoples into mainstream development. “This not just coming and say this is a plan we have for you; it does not work like that, it involves the people who have been giving their input with the guidance from the Ministry and CI.

The Minister acknowledged the benefits that will be derived when the project is fully implemented in all 215, and assured that this project 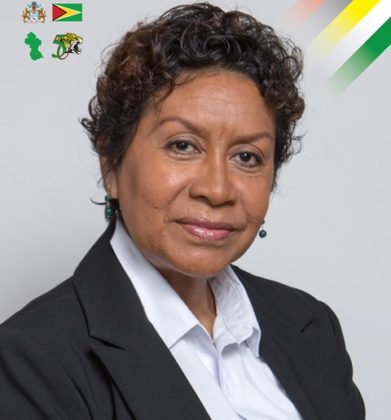 Meanwhile, Conservation International’s Executive Director Dr. David Singh said while it is his organizations role to secure natural capita, they are one player of many.  Dr. Singh noted that in Guyana, there is that need for development with a human face and CI is pleased to be given the opportunity to be strategically placed to facilitate the shaping of that future.

In 2004, the Brazilian Government established a similar programme the “Bolsa Verde” a “Green Grant” , an Environmental Conservation Support Program which provides incentives to more than seventy thousand persons from five regions and twenty five states living under extreme poverty conditions.

The Sustainable Development Agreement Framework is currently being tested and refined in forty-nine (49) communities/villages in Region Nine.