On Wednesday, May 2, 2018, the Ministry of Public Infrastructure’s Maintenance, Traffic and Safety, Transport and Planning and Design Engineer departments conducted its first training exercise with over 13 Officers of the Guyana Police Force Traffic Department on the usage of the soon to be commissioned Kitty Roundabout. 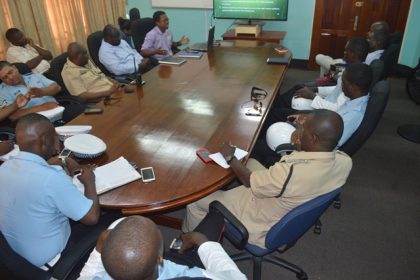 Kester Hinds, Maintenance/Traffic/Safety and Project Coordinator said that while the roundabout is new to everyone it is fitting that the GPF Traffic Department be the first to understand its operations.

“So, the intention is to have officers understand how to use the roundabout and then assist by educating drivers as well.”

Officers were instructed on the speed limit when approaching the roundabout, right of way when in the circulatory lanes, the do’s and don’ts for Motor Vehicles, Pedal and Motor Cyclists, Pedestrian Crossings; what drivers need to do when they are in the circulatory lane and hear an emergency vehicle approaching, One-way traffic, Traffic Movements on the Kitty Public, JB Singh, Carifesta Avenue and Seawall Roads.

Patrick Thompson, Chief Transport, and Planning Officer-MOPI told the officers that persons may ask what purpose does the roundabout serve. “It was an engineering decision to improve the circulation of traffic at Kitty junction. The science tells us that roundabouts under certain conditions can operate even better than traffic signals why, because the traffic signals are pre-timed.”

Thompson further explained that “A traffic count was conducted by the department and based on the volumes that were circulating at the different legs of the junction, it was discovered that one leg would last 15 seconds and another 20 or 30 seconds. When the condition changes during off-peak hours, vehicles are made to stop at an intersection while over in another lane it is empty.” Thus, the reason for the roundabout Thompson said.

According to Kester Hinds, a full public relations campaign will be launched soon and will be placed on television, radio, print and social media.

The department will also host similar exercises with the Guyana Fire Service, Medical Emergency personnel and the media in the new week.

Early this year, the Kitty roundabout is a $78.9 million contract that has been awarded to S. Jagmohan Hardware Supplies and Construction Services. When completed, the flow of traffic in the area is expected to significantly improve; enabling drivers to reach their destinations effortlessly and reduce the number of vehicles travelling on East Coast of Demerara, Carifesta Avenue or in the vicinity of Kitty.

The project was expected to be completed in June/July but according to MOPI Engineers the contractor is way ahead of the schedule and is expected to finish the project by mid-May.

S. Jagmohan Hardware Supplies and Construction Services also constructed the East Bank Overpasses which will soon have its elevators within a few weeks. 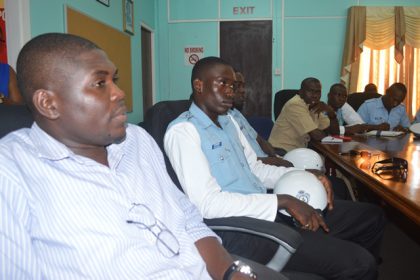 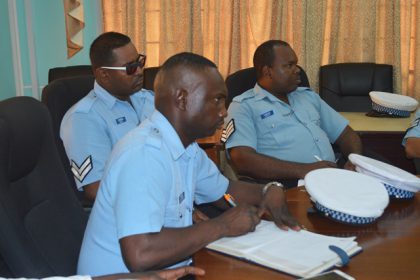 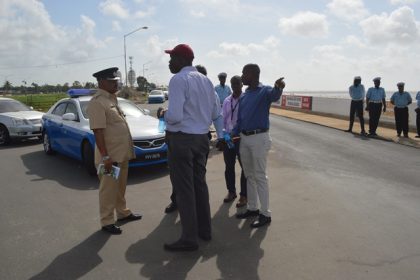 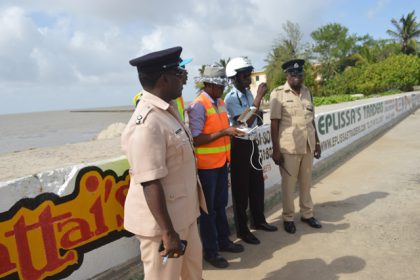