– eight communities in the Rupununi to get potable water

An Investment Agreement has been entered into by the governments of Guyana and Brazil for the provision of potable water for eight communities in the Rupununi. 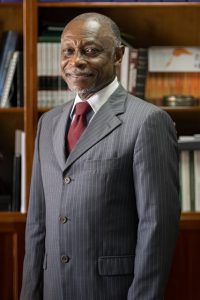 According to Minister of Foreign Affairs, Carl Greenidge, Guyana’s Ambassador to Brazil, George Talbot, a week ago, signed the Memorandum of Understanding to facilitate this initiative.

“This happened fast on the heels of the successful drilling of wells by the Brazilian Army in the Rupununi,” Minister Greenidge told members of the media at a recent press briefing.

He also announced that he would be attending the inauguration of President-Elect, Jair Bolsonaro, in the new year, in keeping with strengthened diplomatic relations between the two countries.

Speaking on Guyana’s Missions abroad, Minister Greenidge noted that government is in the process of also deepening ties with several states. “In the case of China, we can report significant progress outside of the Belt and Road Initiative. MOUs were signed with several states including India, Romania, Austria, two with Brazil and another with India to establish a Centre of Excellence in ICT in Guyana.”

The Minister says through the recently opened Mission in Geneva, Switzerland, the Ministry of Foreign Affairs has sought to seek assistance in strengthening the capacity of the Ministry of Finance to evaluate budgeting and planning decisions through a Green Economy lens.

He said in early 2018, the Geneva office-initiated discussions with the World Health Organization and International Atomic Energy Agency on the desirability of the development of a public health programme designed to reduce cancer incidence and mortality and improve quality of life of cancer patients.