Guyana is looking forward to working closely with Chile in number of areas with the commonality existing between both countries as their leaders pursue respective national developmental agendas.

Prime Minister Moses Nagamootoo performing the duties of President, toasts with Chilean Ambassador to Guyana Claudio Rachel Rojas, Honorary Consul to Chile, Yesu Persaud along with the spouse of the Prime Minister, and the Ambassador

“We value our excellent relations with Chile and it is our desire to continue exploring ways in which our relations can be further strengthened in the years ahead,” the Prime Minister said.

The Prime Minister told the gathering at last evening’s reception to mark Chile’s 206th independence anniversary that strong bilateral relations with countries such as Chile can only be mutually beneficial. 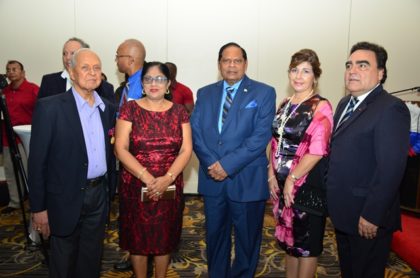 “President (David) Granger’s acceptance of the kind invitation of President (Michelle) Bachelet to visit Chile later this year, reiterates Guyana’s interest in solidifying the existing friendly relations between our two countries,” he said.

Guyana remains committed to concluding two important bilateral agreements during President Granger’s intended visit to Chile – the Air Services Agreement, which will greatly enhance trade and the movement of people between the two countries, and the Visa Abolition Agreement which will allow citizens to travel between Guyana and Chile with greater ease. 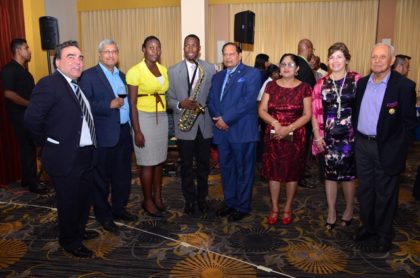 Chilean Ambassador to Guyana, His Excellency Claudio Rachel Rojas in his remarks said since he presented his credentials to Guyana, there has been significant progress in the two countries’ bilateral relations.

“We perceive that Chile and Guyana have commonality in a strong democratic institution and commitment to develop our country in a peaceful and stable environment. What define these values are democracy economic growth and social development, human rights and international law,” Ambassador Rojas said. 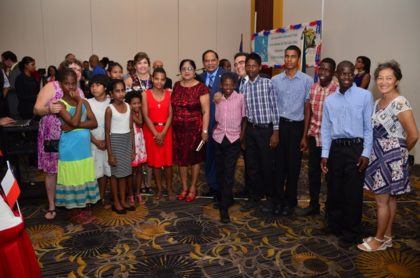 Prime Minister Nagamootoo further stated that Guyana also intends to continue to work closely with all South American neighbours on matters of mutual interest as the countries collectively strive to improve the lives and well-being of all the people of South America.

Ambassador Rojas is the first resident diplomat from Chile since the country established formal diplomatic relations with Guyana, in 1971. Chile recently opened an embassy in Guyana.

The Prime Minister noted that the inauguration of the embassy by President Bachelet during her visit to Guyana sent a clear message about Chile’s interest in enhancing existing relations with the countries in the region.

Bachelet visited Guyana during the 37th Heads of Government Meeting of CARICOM in July.