His Excellency, Dr Mohamed Irfaan Ali says Guyana will forever be indebted to the those who gave their lives in service to their country.

In return, he said the country rededicates itself to the search for peace and renews its commitment to the development and well-being of the state.

The Head of State paid homage at the Georgetown Cenotaph this morning, to the hundreds of then British Guianese who died in the first and second World Wars. 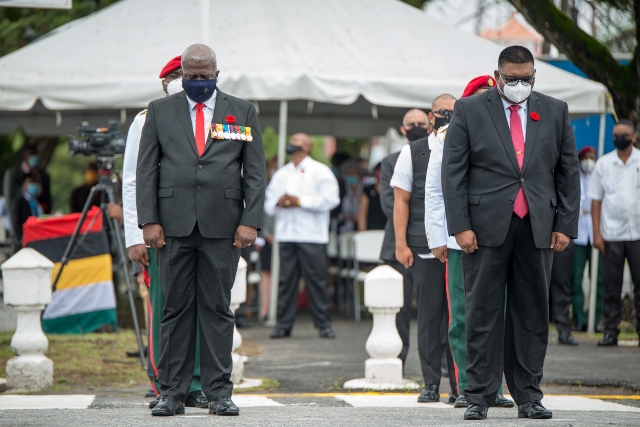 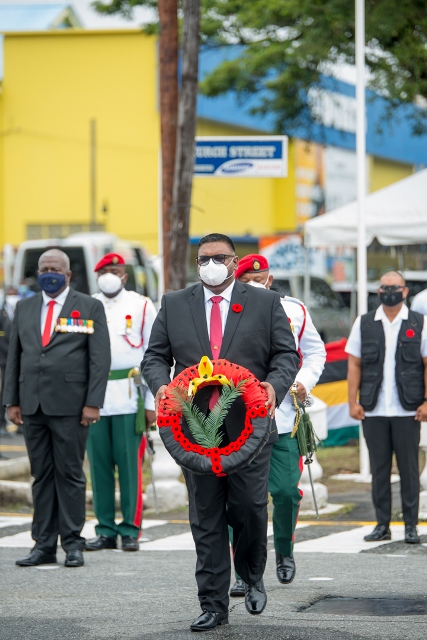 President Ali prepares to lay his wreath at the Cenotaph this morning. 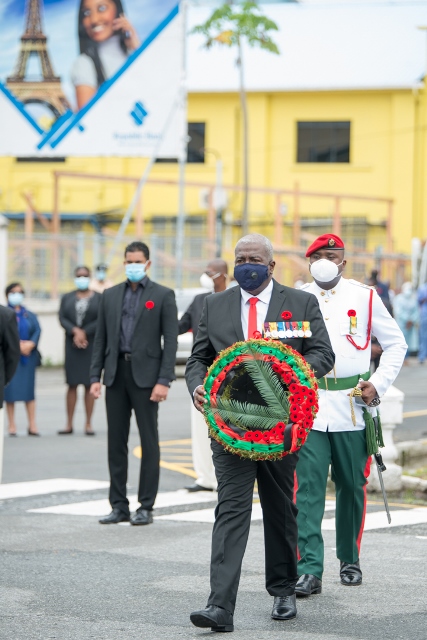 Prime Minister Hon Brigadier (ret’d) Mark Phillips about to lay his wreath at the Cenotaph this morning. 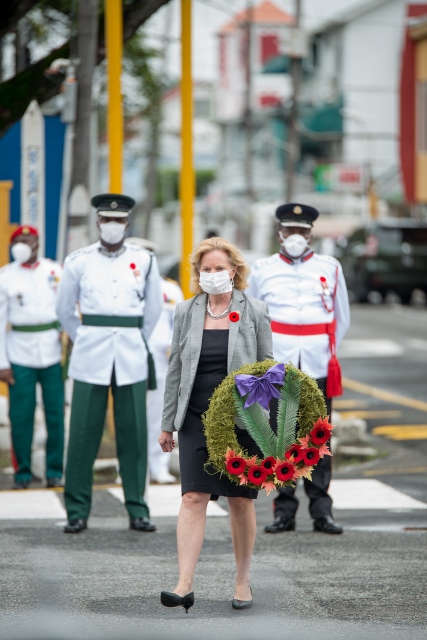 US Ambassador to Guyana, Sarah-Ann Lynch lays a wreath 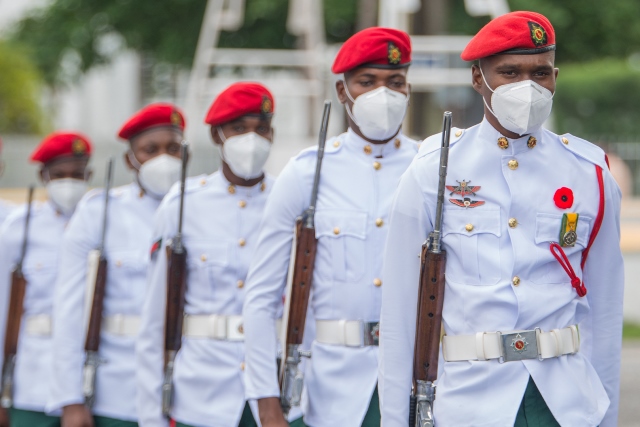 Members of the Guyana Defence Force in the ceremonial march-past this morning.

“We are forever indebted to them for their supreme sacrifice in the cause of peace and freedom. We also recall with gratitude those who through the years have made similar personal sacrifices in the continuing struggle for human dignity, social justice and freedom from all forms of oppression, wherever these exist,” Dr. Ali said.

The President said the example of the fallen strengthens “our resolve, to maintain our efforts for a world at peace, with justice and prosperity for all people.”

Remembrance Sunday is commemorated on the second Sunday of November. Remembrance Day, or Poppy Day, is observed on November 11 annually by Commonwealth countries to honour those who died in the Wars. British Guianese soldiers served and fought in Egypt, France, Belgium, and East Africa.

Of the hundreds of war heroes who returned, nine veterans remain. The oldest, Mr. Benjamin Durant, will celebrate his 102nd birthday on November 15.