– Centre for Geographic Information Systems to be operational by 2019

Guyana Lands and Surveys Commission (GLSC) Commissioner Trevor Benn has called for the use of more technological systems when conducting geographic surveys.

Benn issued the call at a ceremony to observe Geographic Information Systems (GIS) Day, hosted at the University of Guyana. in attendance were several Secondary School and university students. 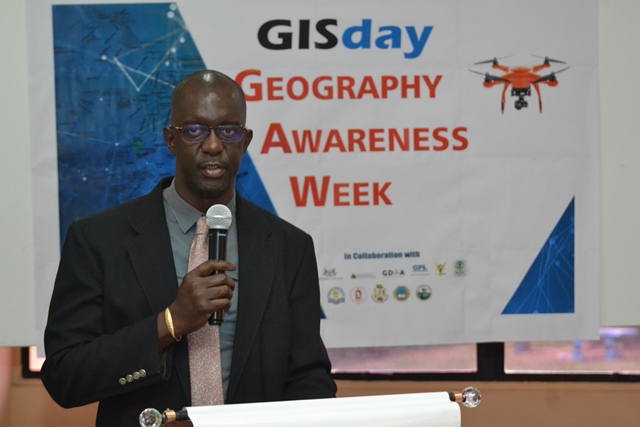 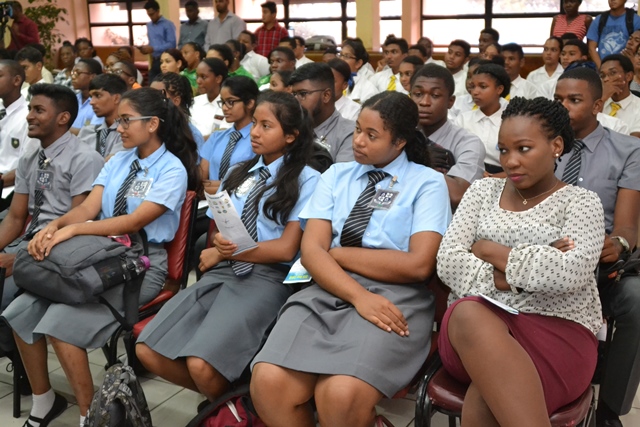 Students from schools around Georgetown gathered at the Education Lecture Theater for GIS Day. 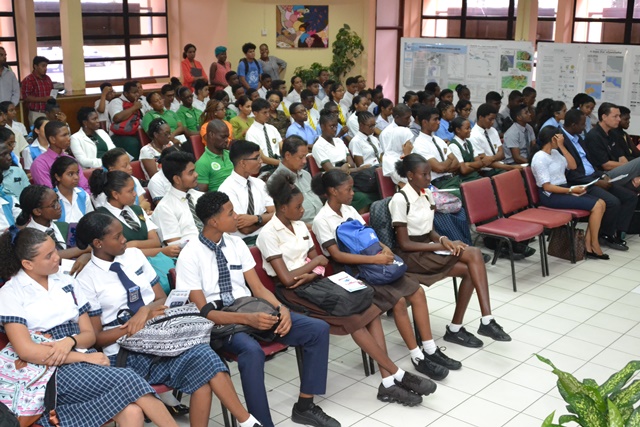 Students from schools around Georgetown gathered at the Education Lecture Theater for GIS Day.

The Commissioner disclosed that the GLSC is embarking on the establishment of a GIS Centre of Excellence which should be operational by the end of 2019. This he said is a collaboration between the University of Guyana and the Commission.

Benn emphasised that Guyana cannot continue to take a manual approach when conducting surveys since there technology available for that purpose. He charged the students present to take up the mantle of advocating for the use of GIS.

The Commissioner said that it is important that the subject of Geography is taught as early as the primary level in schools.

He also pointed out that the GLSC has begun work on its GIS policy, the first of its kind in Guyana and has already conducted a number of stakeholder consultations.

According to Benn, the policy will be helpful for surveying purposes as well as a number of other areas which include health, education, agriculture, disaster preparedness and search and rescue.

“GIS can tell us if there is a malaria outbreak and the exact location if we use the tool properly. It will tell us exactly where the hotspots are for malaria or any sickness for that matter. GIS is able to tell us in more precise terms, where are the schools in the country and so if you are looking for a particular kind of school and if the tool is used properly, we will be able to do that” he said.

However, Benn noted, that in order for Guyana to be on par with the rest of the world, there is a lot of work that needs to be done. This includes updating Guyana’s base maps which have been the same since the 1960s. He noted that the GLSC is in the process of updating the maps so that the information can be more relevant.

While the cost to remap the country is approximately $16.5 Billion ( US$79Million) the Lands and Surveys Commissioner said it is an important asset, since, “the cost of not investing exceeds that of investing”.